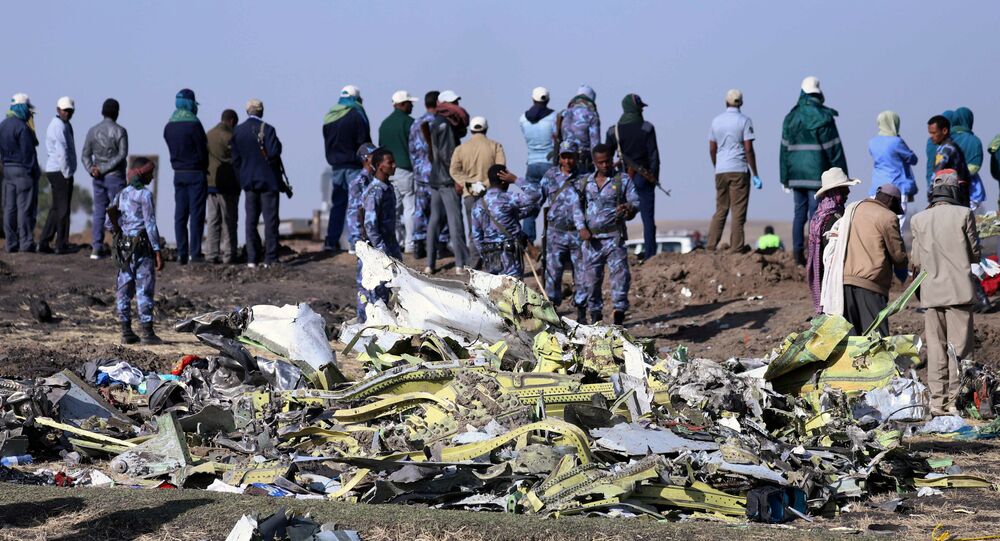 WASHINGTON (Sputnik) - The House Committee on Transportation and Infrastructure will conduct an investigation into why the Boeing 737 Max 8 series aircraft was certified without additional pilot training, despite changes to prior safety systems, Chairman Peter Defazio and House Aviation Subcommittee Chairman Rick Larsen said in a press release.

"Despite repeated assurance from the FAA (Federal Aviation Administration) in recent days, it has become abundantly clear to us that not only should the 737 Max be grounded but also that there must be a rigorous investigation into why the aircraft, which has critical safety systems that did not exist on prior models, was certified without requiring additional pilot training", the lawmakers said on Wednesday. "We plan to conduct rigorous oversight with every tool at our disposal to get to the bottom of the FAA's decision-making process".

READ MORE: Black Boxes of Ethiopian Boeing 737 MAX to Be Analysed in France

The US government has issued an emergency order to ground all Boeing 737 Max 8 and 737 Max 9 series aircraft following the deadly crash of an Ethiopian Airliner.

In the wake of Sunday's crash in Ethiopia, aviation authorities and airliners around the world, including in Australia, Canada, India, New Zealand, France, Germany, South Africa, the European Union, China and Russia have either grounded all 737 Max 8 series aircraft or closed their airspace to them.