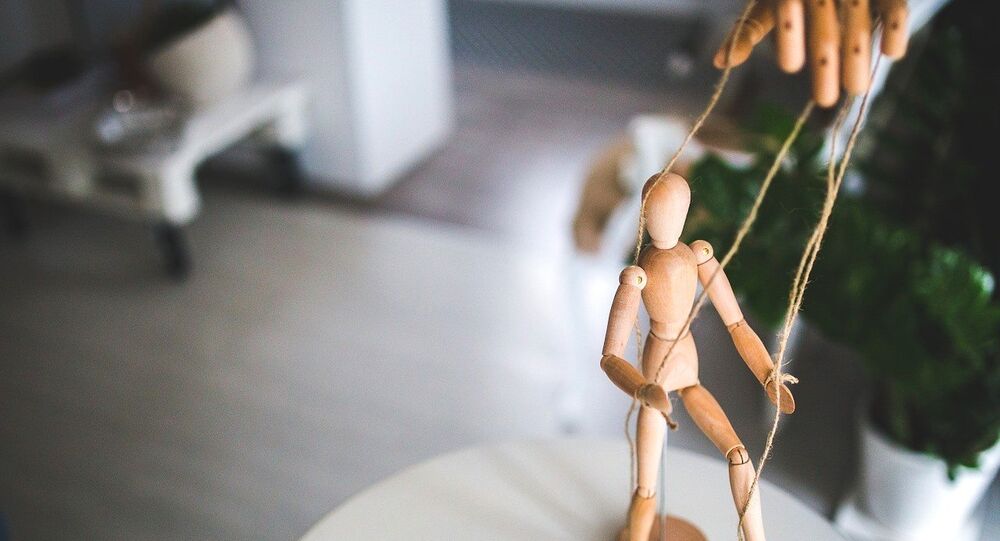 US mainstream media is engaged in another bout of hand-wringing over the spread of “misinformation” ‒ this time, about lies they themselves amplified and spread.

The likes of CNN and the New York Times, unfortunately, aren't taking this moment to reflect on how well they're actually performing the role of adversarial media organizations. No, instead they're whining about being misled ‒ and so terribly easily ‒ by the White House.

The mainstream press has finally caught up to what was clear to alternative, investigative media sources from the moment the story broke — that despite accusations by US officials like Vice President Mike Pence, Secretary of State Mike Pompeo and the head of Washington's official aid agency USAID, Venezuelan soldiers clearly did not set fire to aid trucks, certainly not on the orders of Venezuelan President Nicolas Maduro.

CNN producer Marshall Cohen tweeted on Sunday about how "misinformation spreads… from an unconfirmed rumour to the Twitter feeds of top influencers, to the mass media."

Absolutely lacking in that tweet is any consciousness of the role mass media should play in, say, investigating and debunking the "rumours" that fuel misinformation. CNN, it seems, is merely intended to be a platform for the claims — true or false — of US officials, and shame on them if they use those platforms to lie to the US public.

© AP Photo / Michael Sohn
‘Would You Trust a Fox To Guard The Hens?’ NewsGuard Linked to Pro-Saudi Spin Machine

Cohen couldn't even avoid more misinformation in his short thread — his follow up tweet noted that the burning aid incident was only a "flashpoint" in a larger picture. "Maduro ordered his forces to block the humanitarian aid from entering the country in the first place. If the trucks can cross the border, that confrontation probably doesn't happen and probably there is no fire," he wrote. He ignored the previous egregious misrepresentation of the truth of the situation in Venezuela — that the bridge these aid trucks were supposed to cross had never been opened, and was not "blocked" by Maduro to prevent aid from entering the country. (AP was actually among the first to, albeit halfheartedly, correct the record on this lie.)

The New York Times also got in on the action Saturday with a simpering visual piece claiming to use "new video" to dispute the claim it had also shared widely. Its story, of course, didn't mention that as early as February 24, there were reports calling into question the US government narrative of the burning trucks, with video to back their claims up.

The Times, too, avoids any self-criticism in its investigation of the lie and how it spread. To blame instead are those same "senior US officials" who "immediately seized on the incident" and "rushed to judgement without the full facts." At no point does it ask who might have the job of asking those senior officials to present "full facts" to justify their claims. To be fair, given the recent history of the New York Times, it's possible the Gray Lady just doesn't know who's supposed to do that.

"What happened on the bridge is a classic example of how misinformation spreads online," the Times' narrator tells us. A rumor is started, it is elevated by influential people, and "mainstream media brings it to the masses," she explains. Again, mainstream media's only role seems to be to amplify, not to question, statements made by those in power. In a delicious choice, it is only right-leaning Fox News that is used as an illustration of having brought these lies "to the masses," not similarly centrist CNN, CBS or any other "respected" mainstream outlet — though they were almost uniformly guilty.

"It's true that Maduro has a horrific human rights record," our helpful narrator claims. But in this instance, "US officials used unverified claims to spin their side of the story."

Who is supposed to challenge those claims, to ask for proof? Silence.

​The New York Times can't even avoid misinformation in its video about misinformation. "How did we get here?" our narrator asks toward the end of the piece. "The Venezuelan crisis came to a head in 2019," she tells us, when parliamentarian Juan Guaido declared himself interim president in an effort to fix the "searing poverty" created by Maduro's "economic mismanagement" and "authoritarian rule." There is no mention of the US sanctions that block Venezuela's access to international financial markets and their impact on its import power (just as the Times has today ignored at least one aspect of the US' role in the country's power crisis, instead blaming "mismanagement and corruption" in Venezuela and uncritically citing the words of US Special Envoy to Venezuela Elliott Abrams, a man guilty of lying to Congress, not to mention assisting in actual genocide).

© AP Photo / uncredited
‘Not the Reality’: Pro-Coup MSM Narrative About ‘Chaos’ in Venezuela is Fiction

The Times video goes on to show Guaido's supporters allegedly packing up "humanitarian aid" which is then taken to borders "blocked by Venezuela" — and depicting a bridge that US mainstream media widely reported as having been blocked specifically to cut off the flow of aid, when in fact, it had simply never opened. CBS reported that Maduro had "blocked" the bridge the aid was intended to cross — its story never mentioned that the bridge had never been in use. CNN also reported on February 6: "Venezuela blocks border bridge where aid is set to arrive," again, never mentioning that the bridge was non-functional in the first place.

At least one outlet has managed to perform the baseline function of a news organization and push back on what appeared to be an obvious lie by a US official — the Wall Street Journal, not known to be a supporter of socialism, nonetheless managed to point out US Senator Marco Rubio's amplification of claims about babies dying as a result of the blackout.

Weeks after the conflagration on the bridge, CNN and the New York Times have "discovered" they were lied to and are turning to the public for sympathy, but they long ago abdicated their responsibility to question power and seek truth. They deserve none of our sympathy — and precious little of our attention.

US Media Malpractice: What Went Wrong With American Journalism?

Lies, Damned Lies and the Mainstream Media - Don't Be Fooled