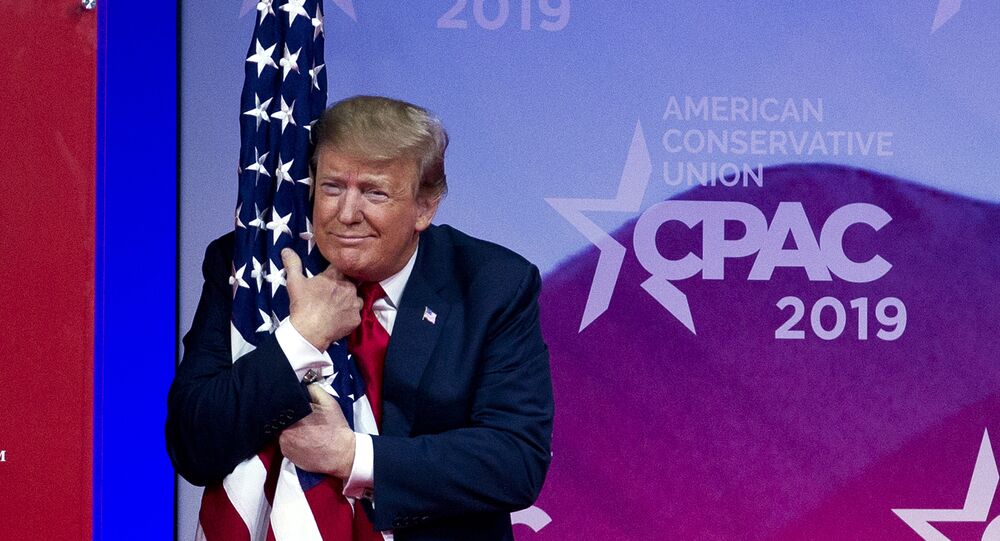 President Trump will unveil his fiscal 2020 budget request to Congress on Monday, calling for $2.7 trillion in spending cuts and balances in 15 years, according to the White House budget office.

Trump’s spending plan highlights a number of his priorities, including strengthening border security to address the situation at the US-Mexico border, and tackling the opioid crisis, the Washington Examiner reported.

“In the last two years, President Trump and this administration have prioritized reining in reckless Washington spending,” acting Office of Management and Budget Director Russ Vought said in a statement, adding that the budget “will balance in 15 years, end runaway spending, and secure prosperity for future generations.”

The current US national debt is approximately $22 trillion, a record high and $2 trillion higher than it was in 2016 when Trump took office. However, according to Vought, the president’s budget takes aim at government spending by calling for a 5 percent reduction in non-defence discretionary spending that will keep the budget under statutory spending caps. Other proposals include a request for Congress to make projections indicating that the budget would be balanced by 2034, according to the Office of Management and Budget.

The spending plan seeks to boost border security and immigration enforcement to address the humanitarian crisis at the southern border. Despite the strong opposition from House Democrats which led to a 35-day partial government shutdown that stretched from just before Christmas until the end of January, Trump plans to request an additional $8.6 billion for the border wall, according to reports. House Speaker Nancy Pelosi and Senate Minority Leader Chuck Schumer have already warned in a statement that pursuit of additional border wall funding in his fiscal 2020 budget proposal will only lead to another government shutdown. The president’s budget also calls for increases in the workforce for Immigration and Customs Enforcement and Customs and Border Protection, as well as policy changes to end sanctuary cities.

© Sputnik / Vladimir Astapkovich
'Fishing Expedition': Analyst on House Dems' New Efforts to Dig Up Dirt on Trump Ahead of 2020 Race
Another key priority of Trump’s budget is reportedly to combat the opioid epidemic. The fiscal blueprint envisions continued investments in prevention, treatment, research, and recovery. It also calls for the creation of new platforms “for delivering services to the American people” as part of the administration’s efforts to modernize the federal government.

Trump’s spending plan also requires colleges and universities “to share a portion of the financial responsibility associated with federal student loans”; allocates $80 billion for veterans —  a 10 percent boost from fiscal 2019; and provides investments “in the capabilities and domains critical to future conflicts," including space, artificial intelligence, and hypersonics.

The president is to present his fiscal year 2020 budget request to Congress on Monday morning.