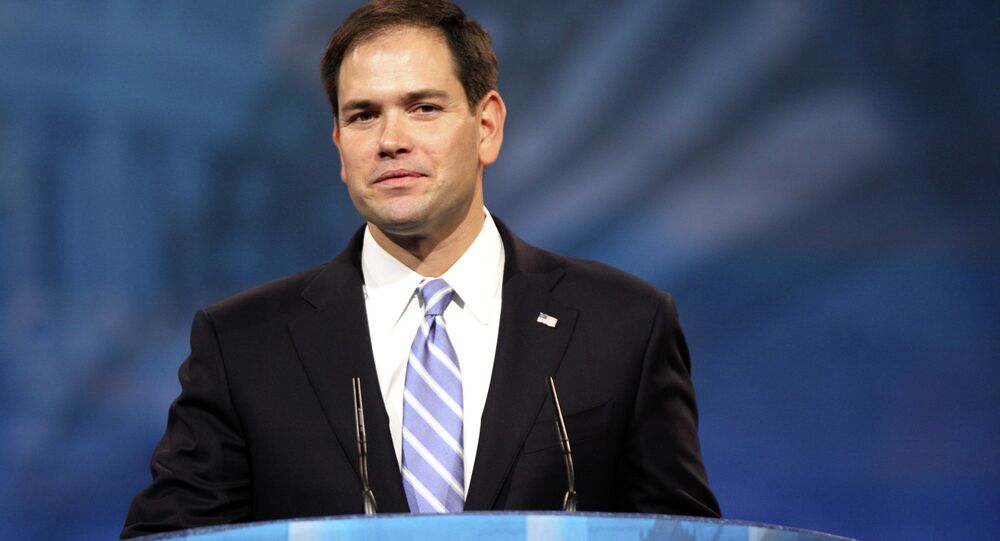 Florida Sen. Marco Rubio, a vocal critic of Venezuelan President Nicolas Maduro, tweeted that there was an explosion on the ‘German Dam’ – without realizing that ‘German Dam’ is the name of the journalist who reported the explosion.

Rubio tweeted on Sunday that as a result of the explosion “critically ill patients have died, the Caracas metro remains out of service & few if any flights have arrived at or departed from Caracas in over 20 hours.”

The problem with Rubio's assertions is that, although there was a transformer explosion that took out large chunks of the power grid, pictures of which were posted in responses, there is in fact no "German Dam" in Venezuela. A confused Rubio appeared to have used the name of a South American journalist reporting on the outages as the actual reason for the blackout.

German Dam, an experienced journalist, tweeted that a transformer had exploded in Bolívar, partially collapsing the Venezuelan electric grid.

Senator @marcorubio, an important transformer exploded in Bolívar and that, in part, again collapsed the Venezuelan Electric System; however it was not in a dam, much less german.
My name is Germán Dam, I am one of the journalists who published the information.
😎🤘😊 https://t.co/DicWDJzlfQ

The original Rubio tweet remains live on the Senator's feed, as part of a long thread about the blackouts in Venezuela. Power outages swept Venezuela on Thursday as national electricity supplier Corpoelec reported "sabotage" at Guri, a major hydroelectric power plant. Media sources subsequently reported power outages in 21 out of 23 Venezuelan states.

Maduro blamed the United States for waging an energy war against Caracas. Venezuelan Communications Minister Jorge Rodriguez specifically named Rubio as a culprit, during a televised address to the nation.

Rubio responded to the allegation that he was to blame for the blackouts by responding, “I must have pressed the wrong thing on the "electronic attack" app I downloaded from Apple. My bad.”