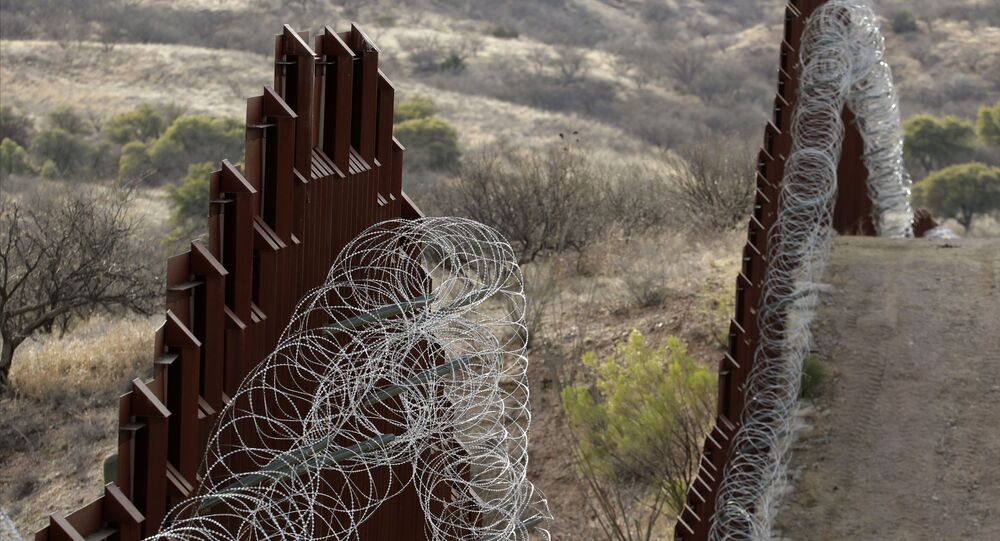 The White House on Monday will ask for $8.6 billion to pay for a long-promised Mexico-US border wall, a demand to be stitched on to the official 2020 congressional budget proposal.

In a new spin on what has become a consistent ploy, the US president will again seek to gain congressional approval for his 2016 campaign promise: the construction of an impassable wall to separate the border between the United States and Mexico, according to multiple reports.

© AP Photo / Evan Vucci
'The Real Emergency': Twitter Split Over New Yorker Cover With Trump on Sinking White House
Employing a 2017 Customs and Border Protection (CBP) proposal, Monday's White House gambit for wall funding would take a reported $3.6 billion from the Pentagon's military construction budget, as well as $5 billion from the budget of the US Department of Homeland Security (DHS), to construct some 722 miles of barrier, according to Reuters.

Trump's Monday demand will reportedly include cash to hire another 2,800 US law enforcement personnel and an additional 100 ‘immigration judge' groups, according to The Hill.

The US Congress must rule on a final version of the fiscal 2020 bill by October 1st, or face a new government shut down. Trump in December 2018 triggered the longest government shutdown in the nation's history over his demand for more than $5 billion for border security including building border wall, according to multiple reports.

© AFP 2021 / Mladen Antonov
Demonstrators Gather in Washington to Protest Trump's Border Wall Policy (VIDEO)
After submitting to congressional approval for $1.375 for additional barriers instead, Trump lifted the shutdown January 25, but declared a national emergency February 15 as a means to bypass a Democratic-controlled House, a move that would enable the president to redirect cash resources toward the wall, according to The Hill.

The House voted February 26 to terminate Trump's declaration of a national emergency and the US Senate is expected to follow suit this week. A ‘no' vote from the Senate will set up a potential veto by the president. Neither the Senate or the House would likely be able to override that veto, should it occur, according to Reuters.