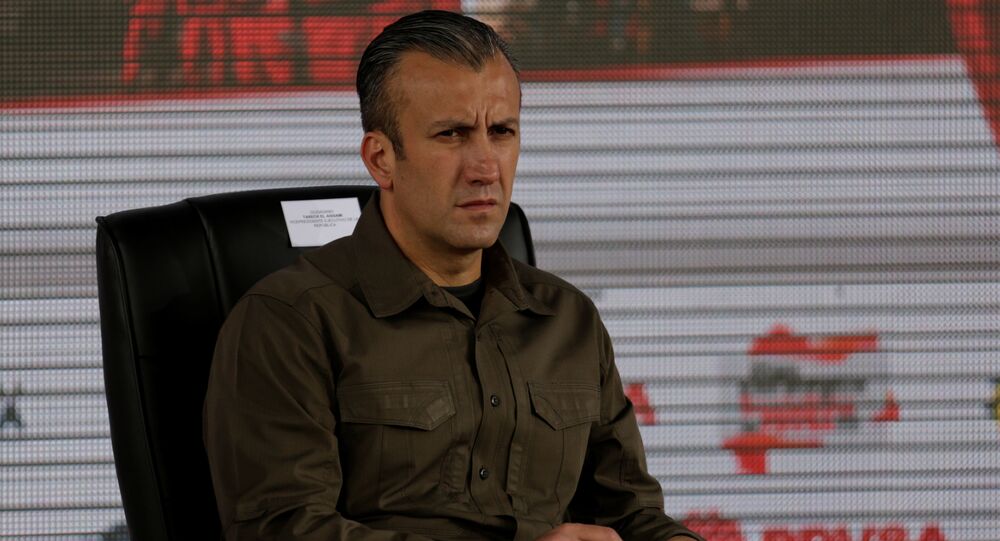 NEW YORK (Sputnik) - The US Attorney for the Southern District of New York has charged former Venezuelan Vice President Tareck Zaidan El Aissami Maddah for violations of the Foreign Narcotics Kingpin Designation Act and US-imposed sanctions, the Department of Justice said in a press release on Friday.

The defendants, the release added, allegedly used private jets provided by US companies to set up private meetings around the world including in Russia and Turkey.

El Aissami, who is currently Venezuela's Minister of Industry and National Production, allegedly used his position of power to engage in international drug trafficking, according to the release.

The former Venezuelan vice president has been charged with five counts each carrying a maximum penalty of 30 years in prison, according to the release.

In 2017, the US Office of Foreign Assets Control (OFAC) introduced sanctions against former Venezuelan Vice President under drug trafficking regulations. The sanctions also targeted his associate Samark Jose Lopez Bello and an aircraft, according to the OFAC.

El Aissami was appointed as Vice President on January 4, 2017.