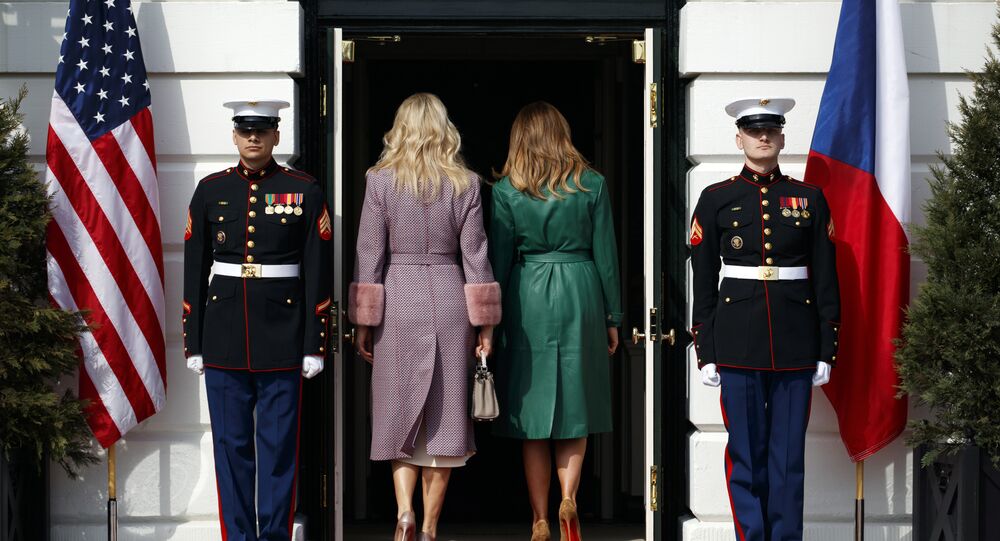 Czech Republic leader Andrej Babis became the country's first prime minister in eight years to visit the White House, and his talks with US President Trump were preceded by yet another Trump gaffe.

Donald Trump and his wife Melania gave an awkward welcome to the Czech first couple at the White House on Wednesday.

The Trumps greeted Andrej Babis and his better half, Monika Babisova, at the front door of the White House after they got out of a black government vehicle.

Donald Trump was filmed leading his counterpart into the White House, leaving Melania and Monika outside without looking back at them.

The first ladies opted not to make a big deal out of this situation; they appeared to shrug their shoulders before following their spouses.

Most commenters described it as a classless act, accusing Donald Trump of a lack of chivalry.

The guy is about as classy as a fast food buffet

What do you expect from a leader like Trump? No class

The one thing that Trump can never be accused of is being a gentleman.

Later in the day, Donald Trump told reporters that the US had a "very good relationship" with the Czech Republic and praised it as a "very safe country". Babis, for his part, praised Trump's famous pledge to "make America great again" and said he was looking forward to a dialogue on trade, cyber security, and international threats.

The Czech prime minister, who was re-elected chairman of the ruling ANO Party in February, is a staunch opponent of illegal immigrants and refugees entering his country. He has challenged EU quota proposals, refusing to take in more than a tiny number of refugees and saying that the bloc should help people in Africa and the Middle East to stop the immigrant inflow.

Last March, the Czech Republic vowed to increase defence spending within the NATO framework to 2 per cent of its GDP by 2024, after Donald Trump scolded a string of Western allies for not paying their NATO commitments.

The Czech Republic is also among the countries that followed the US hard line on Chinese telecoms giant Huawei. Although the government has not banned the company from its 5G network, the national cybersecurity watchdog instructed the authorities and businesses to analyse the risks related to the use of Huawei's software. According to Babis, the checks would affect 160 leading government agencies, as well as private and state-run companies.