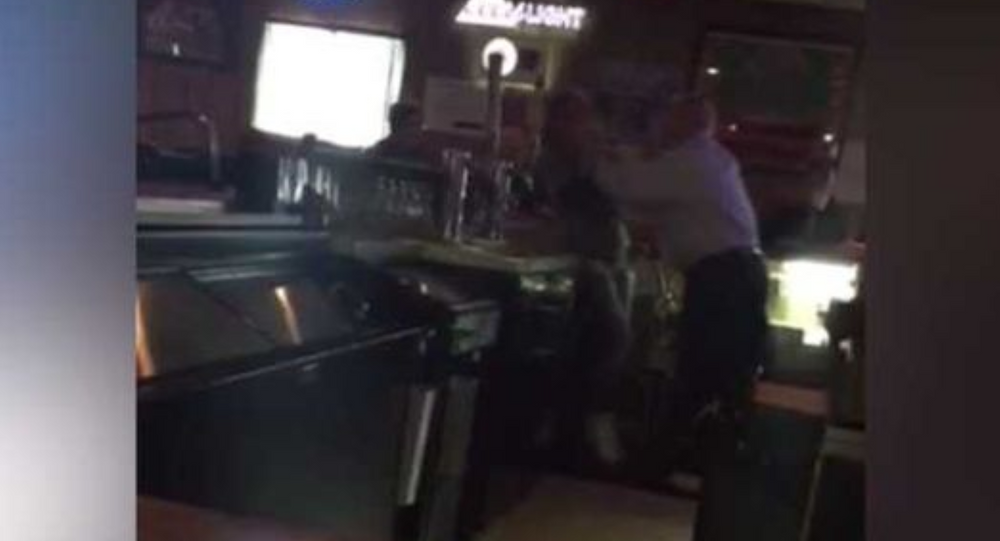 An Ohio bar owner is out on bond and soon expected in court after viral footage showed the man not only exchanging profanity-laced insults with a bartender, but also choking the woman.

The footage, recorded by the bartender's daughter, Miranda Bright, immediately jumps into a conversation in which Suter is overheard yelling at Reed, who is said to have been an on-again, off-again employee at the saloon for approximately 25 years.

"I'm the one that signs the f**king checks," Suter asserts to Reed, later telling her to "shut up" multiple times. While it's unclear what exactly the argument was about, the conversation reaches a new level and Suter begins approaching Reed after she tells him to "shut the f**k" up.

(Footage contains profanity, violence that some may find offensive)

Reed is seen throwing a pitcher of water and putting her hands up as Suter runs up on her and proceeds to choke her, slamming Reed into the bar.

Speaking to WTOL, a local Ohio outlet, Bright clarified the interaction she recorded at the saloon between her mother and Suter.

"He was screaming about a sign, because she wanted to make new signs and freshen the place up, and he was just yelling about it, even though he agreed she could make new signs one day, and the next day it was all of a sudden a bad idea."

It would take Bright and another employee at least a minute to get Suter off her mother, as he "wouldn't let go."

Prior to the clip making rounds on Twitter and popular YouTube channel Viral Hog, it was turned over to Findlay Police as evidence which led to Suter's arrest.

This is not the first time Suter has been accused of assault, Bright told WTOL, this is the first instance of video proof accompanying an accusation.

"He's never held accountable, so I was like maybe I should involve people and go ahead and post it then," she said.

Suter's punishment remains in limbo as he is currently out on bond, but Alyssa Guthrie, another bartender who quit following the altercation, and Reed are actively seeking work in the area as the saloon receives negative press on social media — especially on its Facebook page, where it has a 1.8 out of 5 rating.