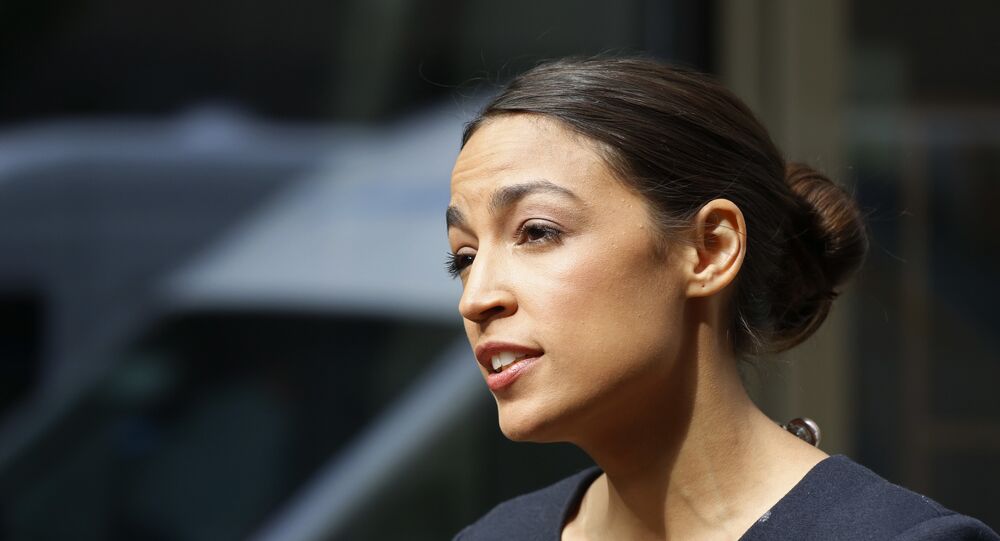 In his twitter thread, Moore argued that Ocasio-Cortez’ radical call for drastically reducing fossil fuel production has no long-term outlook.

“If fossil fuels were banned every tree in the world would be cut down for fuel for cooking and heating," Moore said in a tweet Saturday directed at Ocasio-Cortez. “You would bring about mass death.”

@AOC
Pompous little twit. You don’t have a plan to grow food for 8 billion people without fossil fuels, or get food into the cities. Horses? If fossil fuels were banned every tree in the world would be cut down for fuel for cooking and heating. You would bring about mass death.

Moore left Greenpeace after 15 years and became a critic of the group, writing a book entitled “Confessions of a Greenpeace Dropout: The Making of a Sensible Environmentalist.” Greenpeace have distanced themselves from Moore and say he “overstates his past affiliation with them,” according to Fox News.

Moore called Ocasio-Cortez a “pompous little twit,” adding that her Green New Deal “would be worse than WW2.”

Isn't @AOC a bit young to talk about WW2? It was Hell & more than 60 million died. It's her @GND that would be worse than WW2. Imagine no fuel for cars, trucks, tractors, combines, harvesters, power-plants, ships, aircraft, etc. Transport of people & goods would grind to a halt. https://t.co/nXhdlK4Tsa

Moore also slammed the Green New Deal as being “so completely crazy it is bound to be rejected in the end,” while calling the young Democrat a “garden-variety hypocrite,” in response to a New York Post story that said Ocasio-Cortez frequently used gas-guzzling Uber and Lyft rides during her 2018 campaign instead of car-sharing or taking the subway.

I suspect @AOC is a flash in the pan. Her @GND is so completely crazy it is bound to be rejected in the end. But she does have wind in her sales due to the political situation. 2020 will be even more interesting now.

Ocasio-Cortez responded to the Post article over the weekend, saying she’s “living in the world as it is” and claimed that it shouldn’t be “an argument against working towards a better future.”

Travis Nichols, a spokesman for Greenpeace USA, gave the organisation’s perspective on the matter, saying that Moore doesn’t represent Greenpeace and noting that it is arguable that he co-founded the organization, yet Nichols admitted that Moore “played a significant role” in its early years.

“His statements about Alexandria Ocasio-Cortez and the Green New Deal have nothing to do with Greenpeace’s positions and should not be reported as such. Mr Moore frequently cites a long-ago affiliation with Greenpeace to gain legitimacy in the media, and media outlets often either state or imply that Mr Moore still represents Greenpeace. He does not,” Nichols said in a statement.

Over 50,000 People Took Part in Climate March in Paris – Greenpeace