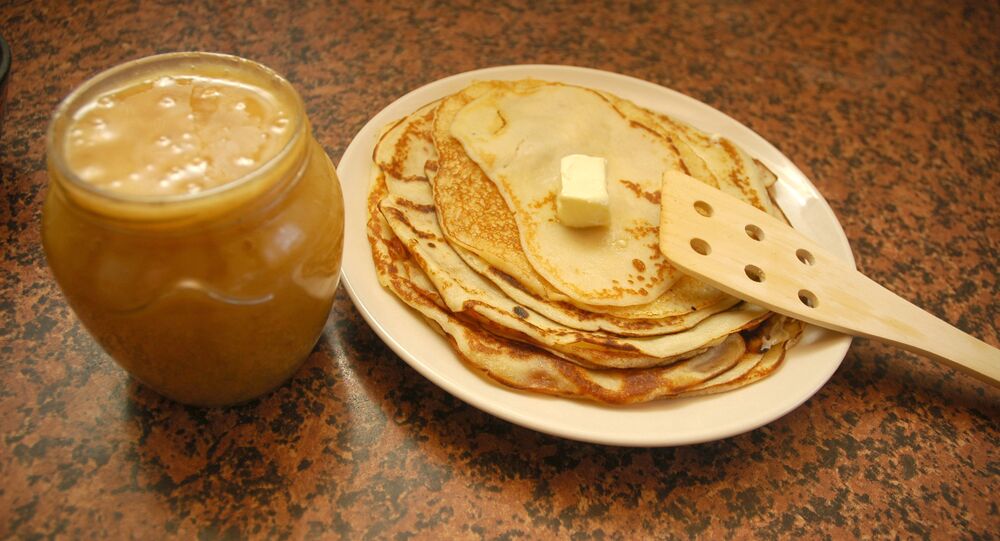 WASHINGTON (Sputnik) - Two Orthodox parishes in Washington, DC are holding the 21th annual celebration of the traditional Slavic holiday Maslenitsa at the Russian Embassy to fulfill their benevolent funds and maintain charity projects.

"This event is devoted not only to having a good time but, most importantly, to collecting money for people in need both in the US and in Russia", Father Viktor Potapov, rector of the Russian St. John the Baptist cathedral, said on Friday. Potapov’s church along with the St. Nicholas cathedral of the Orthodox Church organized the event.

Russian Ambassador to the United States Anatoly Antonov during the event said that Maslenitsa is a great Russian tradition. The ambassador said the gathering helps two parishes to help people in need.

"Here, thousands of miles away from Russia, this tradition becomes a uniting event for the Russian community", Antonov said.

Potapov noted that both churches plan to raise thousands of dollars. "Usually on average it is about $40,000. Each church takes one half of those funds and puts it in benevolent funds", Potapov said.

© Sputnik / Viktor Tolochko
Russians Burn 30m High Maslenitsa Effigy During Traditional Celebrations
There will be special raffles and a silent auction with Russian antique items provided by parishioners, he added. The priest said his parish supports the local needy and a number of addressees in Russia and Ukraine because of such events.

"In Russia we support various orphanages. We also help people who have been in one way or the other damaged because of the armed conflict in Donbass", Potapov said and expressed gratitude to Antonov for continuing the tradition.