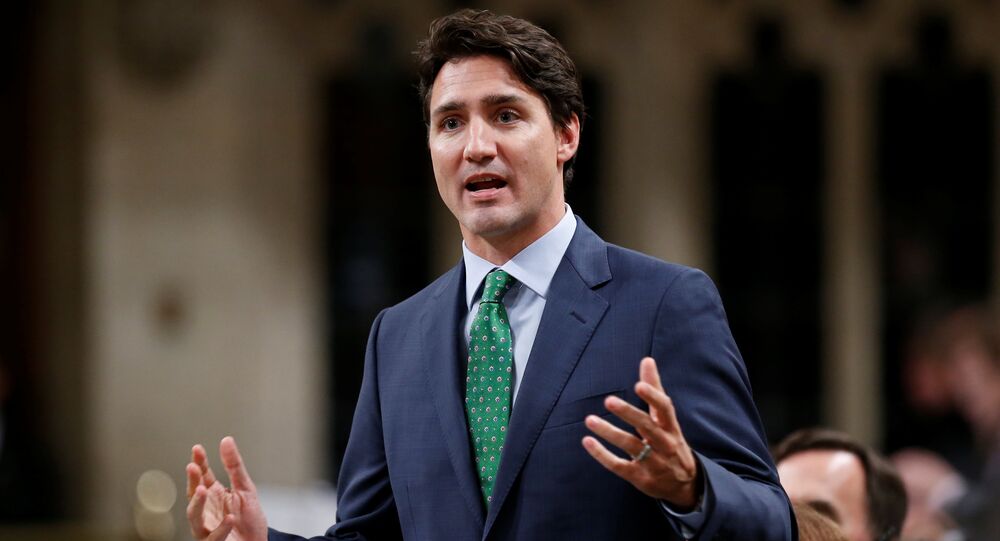 The Canadian House of Commons is conducting emergency debates Thursday after the country's ex-Attorney General Jody Wilson-Raybould testified Wednesday that Justin Trudeau's administration had allegedly made a "consistent and sustained effort" to pressure her into helping the Montreal engineering firm SNC-Lavalin avoid trial on corruption charges.

On Wednesday, the main opposition leader, chairman of the Conservative Party of Canada Andrew Scheer, urged Canadian Prime Minister Justin Trudeau to quit the office amid accusations of alleged political interference into the SNC-Lavalin case.

In turn, Trudeau said that he "definitely does not agree" with the testimony of Wilson-Raybould that she faced "constant pressure" and "hidden threats" from his office.

The Canadian engineering giant SNC-Lavalin is facing accusations that its former executives paid millions of dollars in bribes to win contracts in Libya under Muammar Gaddafi's rule, which collapsed in 2011. In particular, the company is accused of paying nearly $48 million to public officials in Libya between 2001 and 2011 to influence government decisions.

"Somebody is lying, and I would say that it is not the former attorney general", Conservative House Leader Candice Bergen was quoted as saying by media outlet Global News media in her request for the emergency debate.

"We need to find out what has happened, and we need to get to the bottom of this", she said.

Speaker Geoff Regan has granted the request for the SNC-Lavalin emergency debates, which was also supported by the New Democratic Party (NDP).