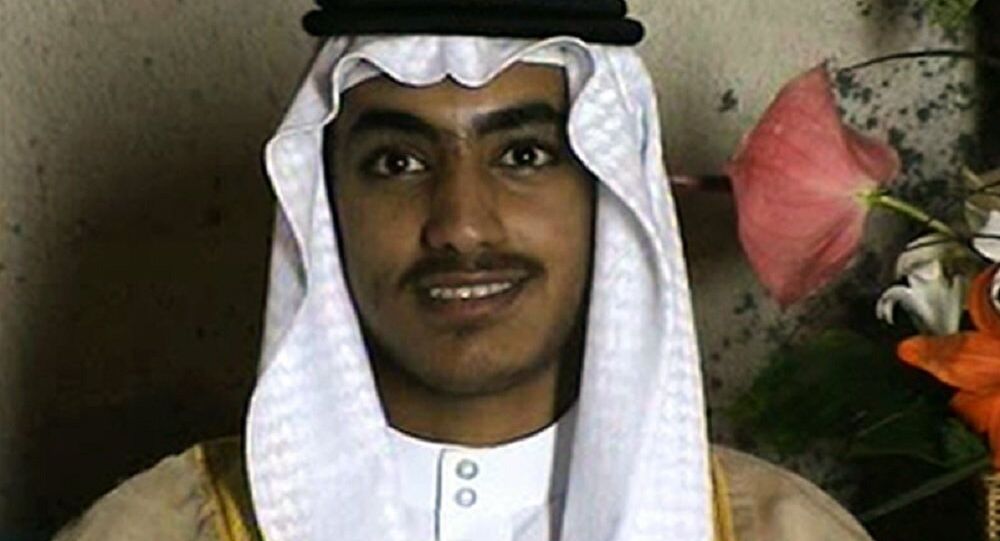 The US Department of State announced on Thursday that it is offering a reward "of up to $1 million" for information that leads to the capture of Hamza bin Laden, the son of deceased former al-Qaeda leader Osama bin Laden.

A statement released by the department goes on to note that Hamza "is emerging as a leader in the [al-Qaeda] franchise" and that "since at least August 2015, he has released audio and video messages on the Internet calling on his followers to launch attacks against the United States and its Western allies."

It also notes that Hamza has made threats against the US in the name of "revenge for the May 2011 killing of his father by US service members."

The State Department identified Hamza as a "Specially Designated Global Terrorist" in January 2017, and later stated that "all property subject to US jurisdiction in which Hamza bin Laden has any interest is blocked, and US persons are generally prohibited from engaging in any transactions with him."

Hamza was declared an official member of the group in August 2015 by al-Qaeda senior leader Ayman al-Zawahiri. Per the State Department, the 2015 declaration included an audio message in which Hamza "called for acts of terrorism in Western capitals."

Additionally, the United Nations Security Council committee concerning al-Qaeda added Hamza to its sanctions list. In a statement the committee explained its move was the result of Hamza being "given a more prominent role within al-Qaeda." The decision subjects Hamza to an assets freeze, travel ban and an arms embargo.

Osama bin Laden was killed on May 2, 2011, in Pakistan by US Navy Seals in a mission codenamed Operation Neptune Spear. At the time, officials stated that Osama's body was later buried at sea. The al-Qaeda group confirmed Osama's death a few days afterward.