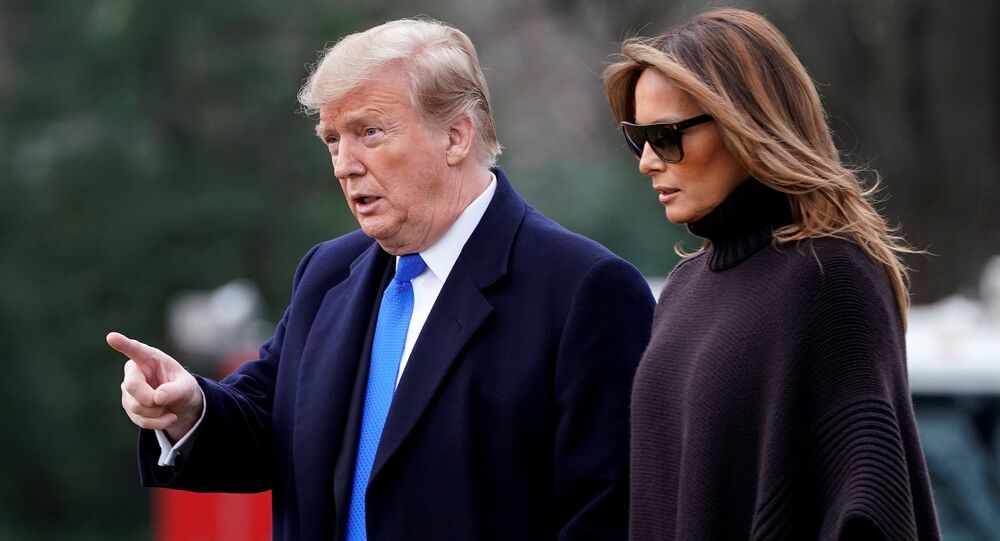 From the Russia investigation to hush payments to a mistress, Donald Trump's embattled ex-lawyer Michael Cohen's testimony to Congress touched upon a wide range of controversies.

In questioning Michael Cohen about his past attempts to cover up for Trump's faux pas, Rep. Jackie Speier asked him about a much-rumoured elevator tape, in which the president could be allegedly seen striking his wife.

"There is an elevator tape that has been referenced as a catch and kill product. It was evidently of Mr. Trump and a woman, presumably Mrs. Trump? Is that correct?" Speier inquired.

Cohen confirmed that he had knowledge of such rumours for years and that several people had sought to acquire it for "catch and kill purpose", but was adamant that the allegation was "not true."

"Well the story goes that he struck Melania while in that elevator, because there's a camera inside, which, I'm not so sure… Actually, I'm certain it's not true," he replied, adding that the tape — if one existed — has never been auctioned.

Cohen was also asked about a presumed payoff to a former Trump World Tower doorman, who reportedly sold a story about Trump's "love child" for $30,000 to the tabloid publisher American Media.

Cohen said that Donald Trump, to his knowledge, had not fathered a secret non-marital child.

However, he admitted that David Pecker, a close friend of Trump and the head of American Media, did pay some $15,000 to conceal such a story.