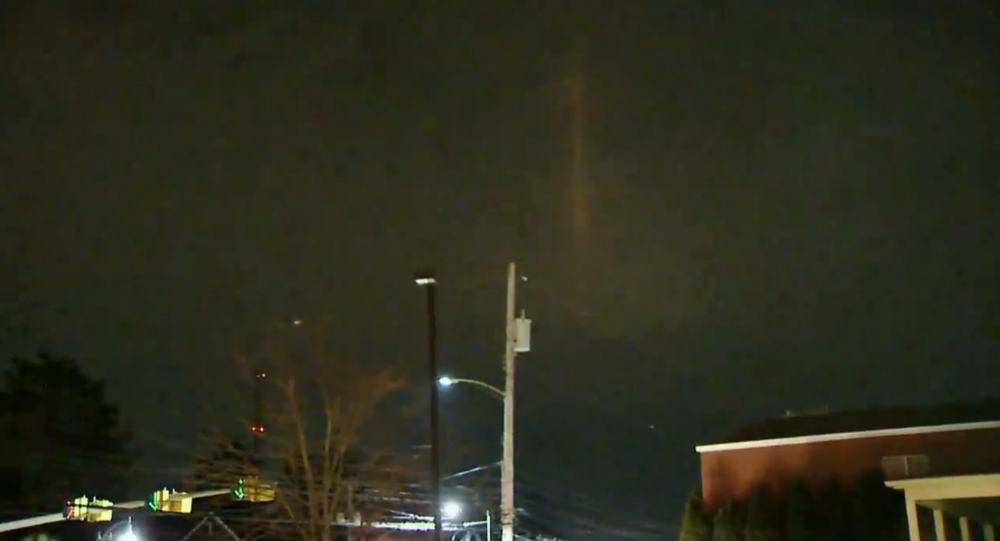 The local residents of the Collier Township in Pittsburgh, Pennsylvania, were in a tizzy this week after spotting a mysterious "pillar of light" over the night sky, with many running to local media stations for answers.

Brian Smithmyer, the overnight photographer and editor with local news station KDKA, managed to snap some footage of the strange phenomenon, writing on Twitter that he "saw a weird pillar of light."

He also noted that it wasn't too long after he captured the recording that the station "started getting calls about it, too."

​As it turns out, the light wasn't a signal that Earth was going to be overrun by demonic creatures intent on bringing about the end of humanity as we know it. KDKA meteorologist Ron Smiley had a far less scary explanation about the whole situation.

According to Smiley, the light show was just an optical illusion that resulted from light being refracted by suspended ice crystals in the atmosphere. He further explained that the source of the light was the sun's rays, which were reflected off of the moon, and once they entered the Earth's atmosphere, they put on a show for the Earthlings below.

But this isn't the first time that Pennsylvania residents have spotted the strange occurrence in the night sky. Pittsburgh resident Gary Peters noted on Twitter that he caught a glimpse of a similar event in January.

​Earlier this month, conspiracy theorists were buzzing with UFO speculation after dashcam footage surfaced showing a blue flash of light suddenly appearing in the sky over North Wales in the UK. Despite the hype, many netizens wrote off that particular incident as the result of an electrical transformer blowing up.