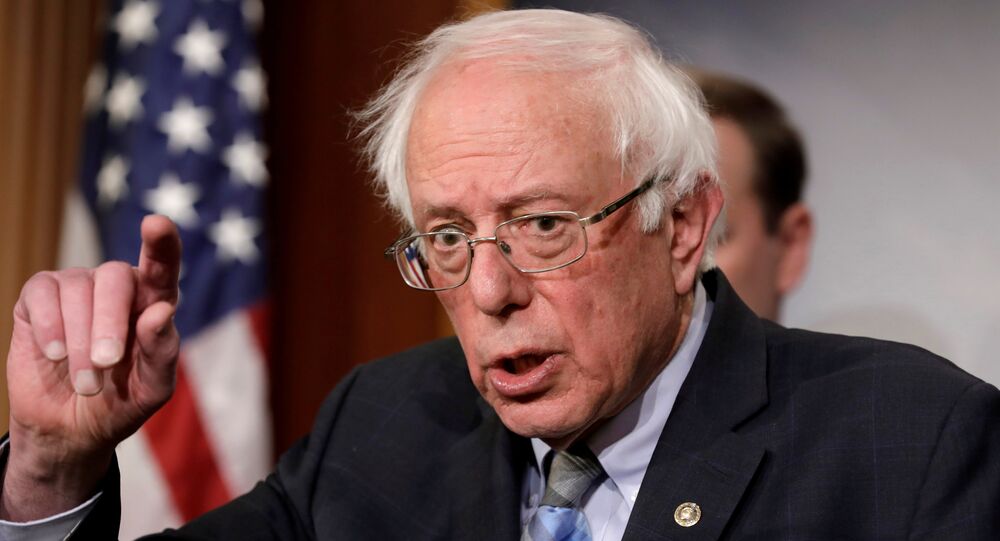 Vermont Senator Bernie Sanders appeared at a CNN town hall on Monday night as part of his second presidential bid. He answered voters' questions on his proposed wealth tax, high college costs, drug prices, foreign interference in US election and other matters.

At the end of the town hall event, CNN moderator Wolf Blitzer thanked the questioners, but the background of some people from the audience raised eyebrows.

One audience member, Shadi Nasab, was introduced as a student of American University. She asked Sanders a question on allegations of sexual violence and harassment brought against his staffers during the 2016 campaign.

Paste Magazine found out that Shadi, according to her LinkedIn bio, is an intern at Cassidy and Associates, a major DC lobbying firm.

Further on, CNN called Tara Ebersole, who asked Sanders about his Medicare-for-all plan, a "former biology professor", whereas she can be found on LinkedIn as chair of the Baltimore County Democratic Party.

Abena McAllister, who asked a question about the necessity of public preschool for all, was described as "an active Democrat'". However, it appears that CNN has done a little research into her background, as Abena serves as deputy secretary of the Maryland Democratic Party and previously chaired the Charles County Democratic Central Committee.

Another person, Yunjung Seo, was introduced as a political science student at George Washington University, but perhaps more importantly, she also works for fundraising and consulting firm Katz Watson Group.

Michelle Gregory was simply called a "Maryland voter", but it appears that she had run for a seat on a county council in Maryland in the latest midterms. She also happens to be the communications chair of the Lower Shore Progressive Caucus on Maryland's East Shore, according to the Baltimore Sun.

The Paste Magazine concedes that the questions they asked might not have been particularly tough or unfair, but the mere fact that these details hadn't been disclosed raises questions as to what CNN's intentions were.