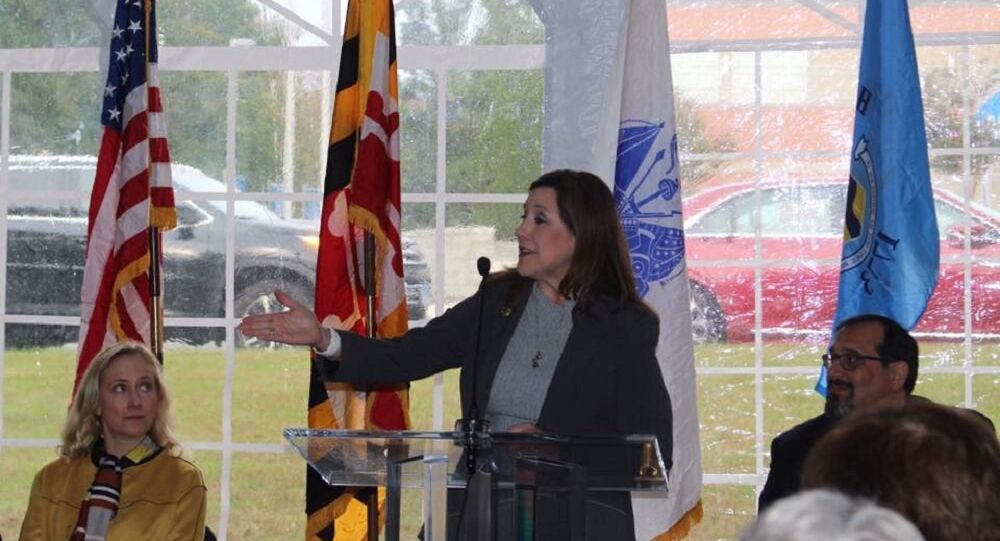 Maryland House of Delegates legislator Mary Ann Lisanti's claim that "everyone has used" the slur did not sit well with her fellow legislators, or with social media users.

Hartford Democrat and House of Delegates representative Mary Ann Lisanti has apologised for using the n-word at a smoking bar last month to describe her campaigning in Maryland's Prince George's County on behalf of another candidate.

Lisanti was removed from her post as chairwoman of a local subcommittee by House Speaker Michael Busch after being accused of "a blatant act of racism" by Maryland House of Delegates black caucus chairman Darryl Barnes over her words.

The lawmaker profusely apologised for her "word choice several weeks ago", saying the comments did "not represent" her beliefs and that she was "sickened that a word that is not in my vocabulary came out of my mouth."

However, she earlier admitted to the Washington Post that she was "sure" she had used the N-word before. "I'm sure everyone has used it," she said.  At the same time, Lisanti said she couldn't "recall much" from the evening in question where she reportedly made the comment.

© AP Photo / Evan Vucci
Bannon Predicts 'Most Vitriolic Year' in US Politics Since Before Civil War
Black caucus chairman Barnes, who said he took the apology into account, said it was "woefully inadequate," and suggested that Lisanti could not "be entrusted in a leadership role moving forward."

Social media users are divided over the controversy along political and racial lines, with many insisting that Lisanti needs to resign, and others complaining that her apology was not sufficient.

“I’m sure everyone has used it” doesn’t exactly sound like contrition to me. Mary Ann Lisanti needs to resign immediately. https://t.co/ackHlaZXds

Apology is not accepted.

A Maryland lawmaker, who is white, apologized Monday for allegedly referring to one of the most affluent majority-black counties in the U.S. as a “n****r district.” https://t.co/omcN4PC12J

I’m a Black taxpayer & voter from Prince George’s, the Maryland county she maligned with racist slurs. She needs to go. Our state deserves better.

She’s a democrat. She’ll be fine, just ask the governor and attorney general of Virginia

TRIVIA TIME:
What do the Maryland Delegate who used the N- word to describe an African American district, the Governor of Virginia who wore black face or a klan robe, and Jussie Smollet who hoaxed a hate crime all have in common?

CNN's silence on this is deafening. Imagine the nonstop coverage if a Republican or a Trump supporter had said this (PS — I'm not Republican). pic.twitter.com/ueIpBkTJh1

Lisanti was the second East Coast Democrat to face problems over alleged racism in recent weeks. Earlier this month, grass roots organiser Rebecca Keel told Sputnik that Virginia Democratic Governor Ralph Northam should resign following the emergence of a yearbook photo of him in a picture with two people, one in blackface and the other sporting a Ku Klux Klan hood and robes.