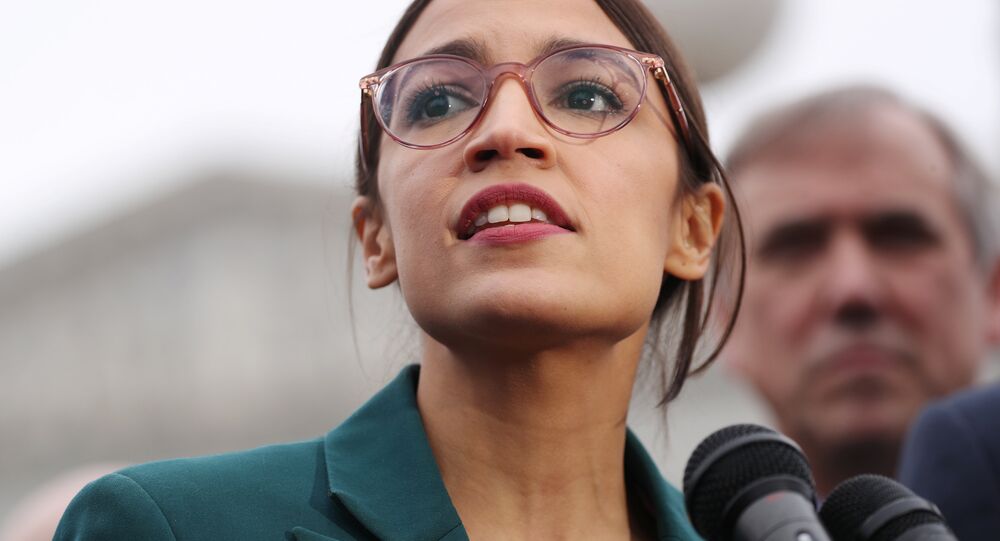 Ocasio-Cortez, a rising star in the Democratic Party, has been calling on fellow lawmakers to pay a living wage to their interns and staffers, who are often unpaid or underpaid. In December, she said all her interns would make a minimum $52,000 a year; this comes as the minimum living wage in the United States has been the same for almost a decade.

Freshman Rep. Alexandria Ocasio-Cortez (D-NY), who is campaigning for higher minimum wage regulation, insists that she has more expertise on the matter than Ivanka Trump.

"As a person who actually worked for tips and hourly wages in my life, instead of having to learn about it second-hand, I can tell you that most people want to be paid enough to live," tweeted the 29-year-old Democratic newcomer.

Her little dig appeared to be aimed directly at Donald Trump's daughter, who said that Ocasio-Cortez's proposed job guarantees and a higher minimum wage is not what Americans want.

"I don't think most Americans, in their heart, want to be given something," Ivanka Trump said on Fox News' The Next Revolution. "I've spent a lot of time traveling around this country over the last four years. People want to work for what they get."

Ivanka, who serves as adviser to President Trump on job creation and workforce development, later backpedalled on her comments, saying that she actually supports a minimum wage.

"I do not however believe in a minimum guarantee for people 'unwilling to work' which the question was asked of me," she added.

Ocasio-Cortez, a self-described democratic socialist, is advocating, among other things, for a $15 baseline minimum wage. She also supports the so-called Green New Deal — a broad programme which in particular aims to guarantee jobs at a living wage.

Ocasio-Cortez believes that wages today no longer reflect the actual productivity of workers or their value. In December, the then-congresswoman-elect lashed out at Democrats and Republicans in Congress for their failure to pay interns and staffers, and pledged to pay her interns "at least $15 an hour".