WASHINGTON (Sputnik) - US Vice President Mike Pence in a statement said he has briefed several US lawmakers about his trip to Colombia and meeting with Venezuelan opposition leader Juan Guaido.

Risch said about the meeting that they reaffirmed there is no change in US policy on Venezuela. The United States continues to back Guaido, he added.

Venezuela President Nicolas Maduro has repeatedly accused Washington of trying to orchestrate a coup ever since Guaido declared himself interim president last month. Within days of Guaido’s pronouncement, the United States seized billions of dollars' worth of Venezuela’s oil assets while several US officials threatened to take military action against Maduro’s government. 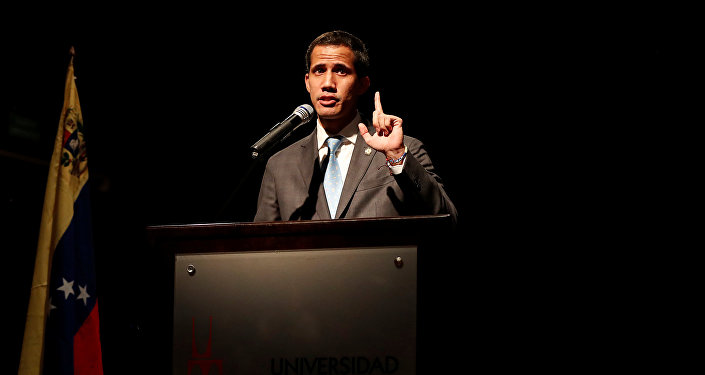 © REUTERS / Carlos Garcia Rawlins
Maduro: Guaido Will Have to 'See Face of Justice' After Return to Venezuela
Russia, China, Cuba, Bolivia, Turkey and a number of other states have reaffirmed their support for constitutionally elected Maduro as Venezuela’s only legitimate president. In addition, the United Nations also still recognizes the Maduro government. Mexico and Uruguay have refused to recognize Guaido, declaring themselves neutral and calling for crisis settlement via dialogue.

On 22 February, Guaido arrived in the Colombian border city of Cucuta, where the alleged humanitarian aid from the United States and a number of other countries was being collected, in order to help deliver the supplies to Venezuela despite the fact that the government refused to accept the aid. 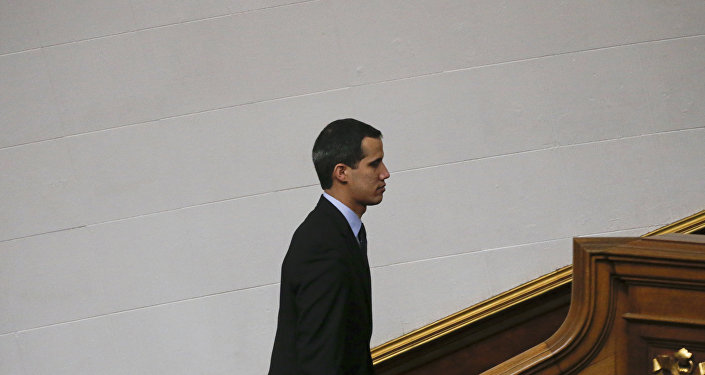 © AP Photo / Fernando Llano
Guaido Plans to Return to Venezuela From Colombia This Week - Reports
While the attempt to forcefully bring the aid into Venezuela failed, Guaido stayed in Colombia to take part in Monday's meeting of the Lima Group in Bogota. Guaido announced on Monday that he intends to return to Venezuela this week.

Venezuelan Supreme Tribunal of Justice Juan Carlos Valdez told Sputnik on Tuesday that Guaido could face up to 30 years in jail as he breached his foreign travel ban. Similarly, Maduro suggested Tuesday that Juan Guaido must face trial after his return to Venezuela from Colombia, where he traveled in defiance of the travel ban imposed earlier by the Venezuelan Supreme Court.