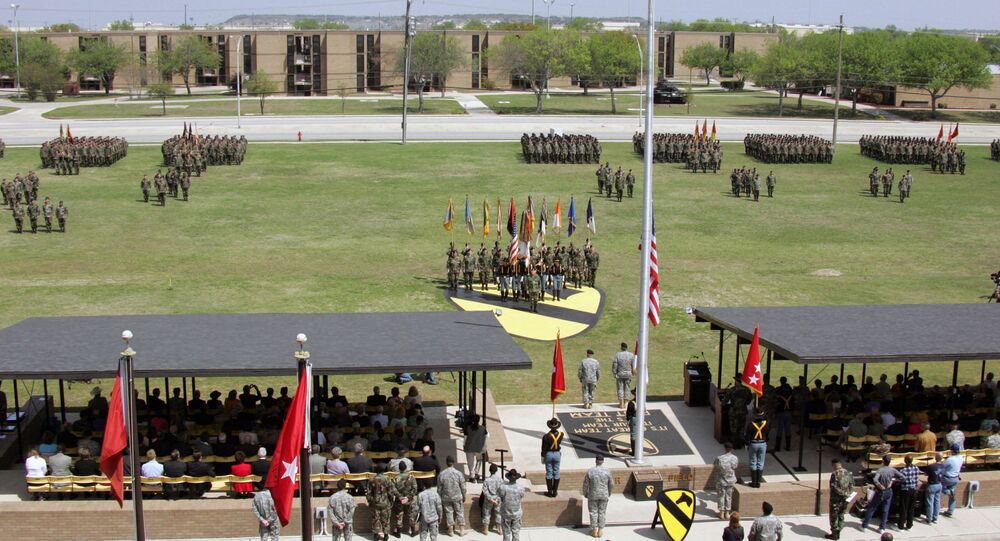 Troops at Texas Base Fed Up Sharing Moldy Homes With Snakes, Cockroaches

Earlier, a media investigation found that housing for military families at bases across the US was plagued by serious deficiencies, including faulty construction and poor maintenance, despite the hundreds of millions of dollars paid to private contractors to manage the estates.

Troops and family members at Fort Hood, Texas face deplorable housing conditions and issues including everything from infestations of snakes and cockroaches, to major housing defects such as to lead paint and mold, the Austin American-Statesman has reported, citing a list of public complaints heard at a recent a town hall-style meeting at the base.

One soldier's wife said her family had to leave the housing estate after being poisoned by breathing in mold. Another military spouse said her daughter had to be taken to hospital after falling through a defective window screen. A third complained to brass that her house's landlord had taken months to repair a bedroom water leak.

The troubled homes on base are run by Lend Lease, an Australia-based housing company controlling the housing complexes, which the US Army privatized about two decades ago. Problems were also found at some of the 141 barracks at the base, which house some 18,000 troops and remain government-owned, according to the newspaper.

© CC BY 2.0 / The U.S. Army
US Army Corps Declares War on Weeds, Plans to Destroy Russian Olive
Fort Hood Commander Lt. Gen. Paul E. Funk promised soldiers and their families "real change" after the town hall meeting. "We will be transparent about it. This is about communication and trust," he said.

The US government had earlier vowed to commit $300 million to renovate 24 of the barracks, with $61 million said to have been granted last year. However, President Donald Trump's recent threat to divert funds from sources including the $3.6 billion military construction fund to the southern border wall with his national emergency decree has left the housing upkeep funds in jeopardy. Last week, acting Defence Secretary Patrick Shanahan told US media military housing would likely be protected.

Last week, US Army leaders criticised "unacceptable and deficient housing conditions" at military housing estates across the country following a congressional hearing on the issue. The hearing followed a multipart Reuters investigation last year which discovered that hundreds of millions of dollars in funding committed to the companies managing military housing at bases across the US each year was not spent on improving facilities or fixing basic problems, but appropriated as pure profit for property managers.

At $686 billion for fiscal year 2019, the US military budget is by far the largest in the world, far outstripping those of both allies and potential adversaries including China, Saudi Arabia, Russia,  India, France and the UK.