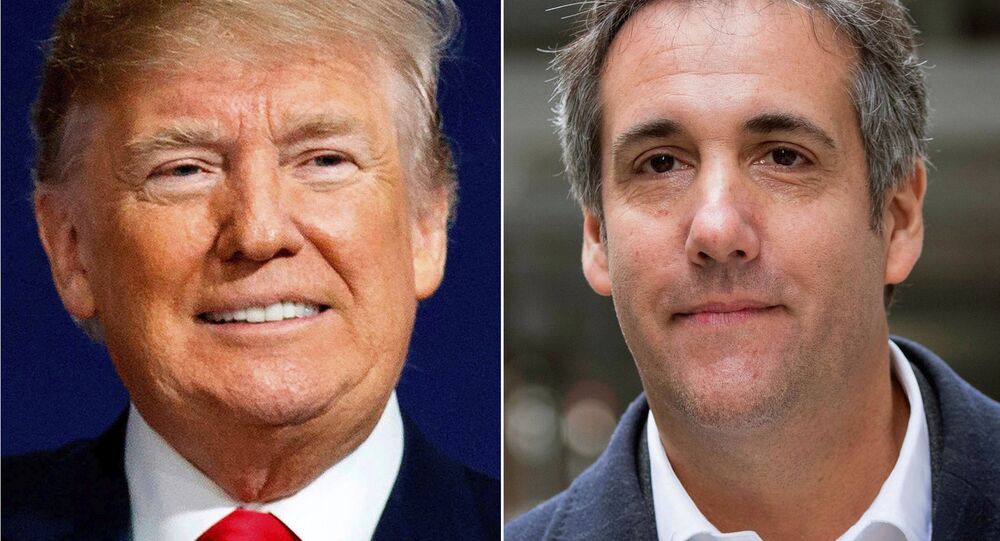 WASHINGTON(Sputnik) – US President Donald Trump’s former personal lawyer Michael Cohen will during his upcoming testimony before Congress publicly accuse his ex-boss of engaging in criminal conduct while in office, The Wall Street Journal reported on Tuesday.

"Disgraced felon Michael Cohen is going to prison for lying to Congress and making other false statements. Sadly, he will go before Congress this week and we can expect more of the same," Sanders said in a statement, adding that it was "pathetic to see him given yet another opportunity to spread his lies."

© REUTERS / Kevin Lamarque
'Delusions of Grandeur:' Ex-FBI Agent Slams Trump's Ego Over US Intel Criticism
The report claimed that Cohen will make some of the president’s private financial statement’s public and alleged that Trump inflated or deflated his personal net worth for business and personal reasons, including avoiding property taxes. In his testimony, Cohen is also expected to recount racist remarks made by Trump, the WSJ reported.

Cohen has been sentenced to a three-year prison term for tax fraud and crimes that involve hush-money payments to two women Trump had allegedly affairs with, in violation of campaign laws, as well as lying to Congress. He remains out of prison to continue cooperating with Special Counsel Robert Mueller's probe of Trump associates during the 2016 presidential campaign.