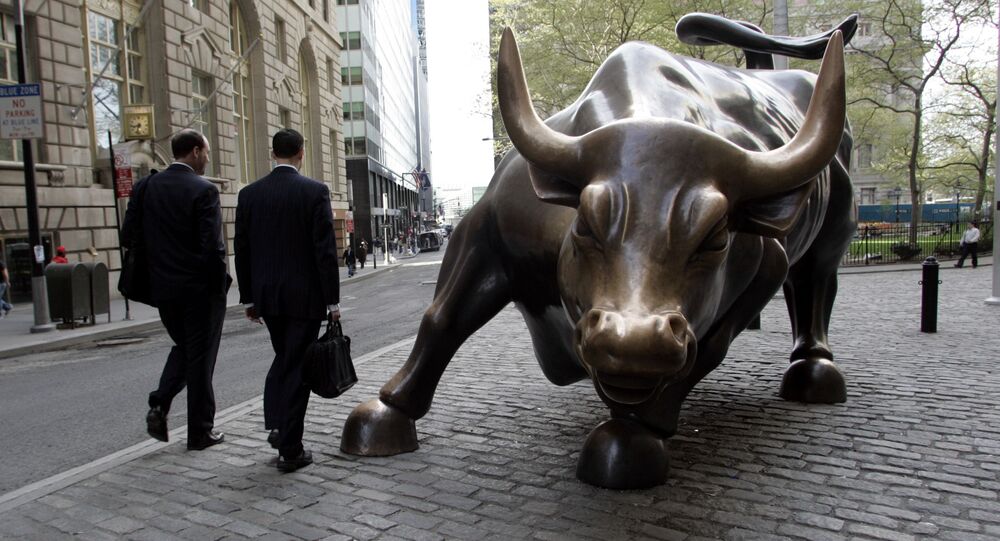 Michael Bloomberg may or may not be one of several billionaire presidential candidates in the 2020 US presidential race.

Billionaire Warren Buffett said he would support billionaire Michael Bloomberg, should the latter decide to run for president in 2020, Huffington Post reports.

© AFP 2021 / STR
Michael Bloomberg: 'Stupidest Thing' Brexit 'Trumped' by US Presidential Election
Buffet, the chairman and CEO of Berkshire Hathaway, said in an interview for CNBC that the former New York City mayor would make "a very good president."

"If Mike Bloomberg announced tomorrow that he was a candidate, I would say I'm for him," Buffett said. "I think that he knows how to run things. I think he's got the right goals for America. He understands people. He understands the market system."

Back in 2016, Buffet endorsed Democratic candidate Hillary Clinton, and he has been an outspoken critic of Republican Donald Trump, the Post says.

Bloomberg, who is now 77, has not yet officially made a decision to announce his candidacy, but he has flirted with the idea for several months. He recently announced he had changed his voter registration back to Democratic, after being a Republican and an independent over the last few decades.

​"I have seen enough data over many years to know that anyone running for POTUS as an independent will split the anti-incumbent, anti-Trump vote," Bloomberg tweeted last month.

​His comment reflects media criticism of Starbucks CEO Howard Schultz, another billionaire, who might potentially run in 2020 as an independent candidate. According to the media, a third-party candidate will split the anti-Trump vote, making it easier for Trump to win re-election.

So great to see the billionaires supporting one another

​"The stakes couldn't be higher. We can not afford the risk of spoiler politics that result in Trump's re-election," Bloomberg tweeted.

Can you imagine the uproar if Trump implemented “stop and search” nationwide as Bloomberg did in New York?