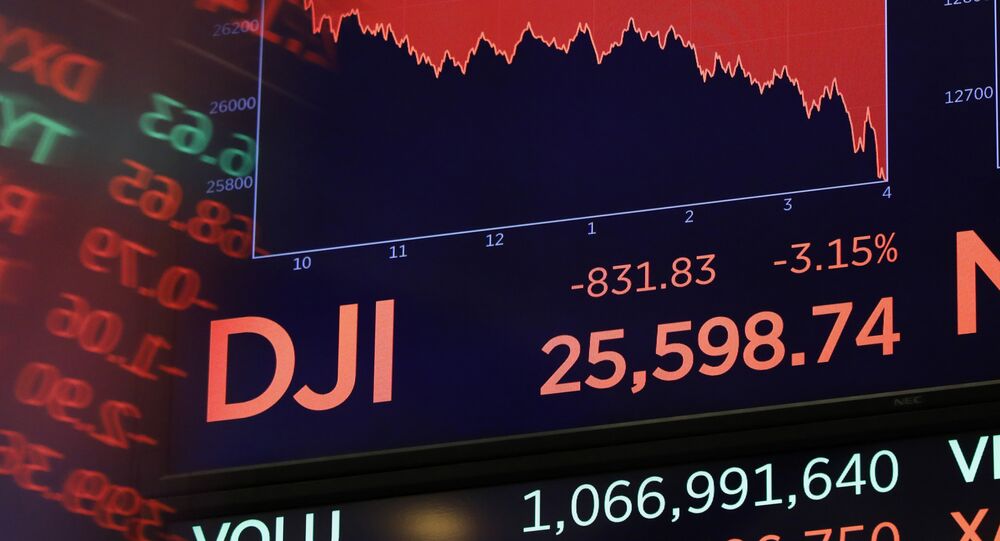 Half of US Business Economists Say Recession Coming by 2020

A decade after the Great Recession in the US, approximately half of the economists at the National Association for Business Economists say that the next economic contraction will begin by the time US voters go back to the polls to decide whether they’ll keep US President Donald Trump in office.

A new survey published Monday found that economists with the National Association for Business Economists think there is a mere 10 percent chance of recession before the end of 2019. But by 2021, only 11 percent think the economy will have the wherewithal to dodge a period of economic contraction.

"The US Congress is not interested in working people but only the ultra-rich," financial policy analyst Daniel Sankey tells Sputnik News.

Whenever the recession happens, and it will happen sooner or later if a majority of NABE's economists are correct, "[t]his particular recession will be brought on by a few factors," Sankey said in emailed remarks.

"One, the trade war with China will continue to cost US workers in jobs and affordable goods, leading to a slowdown in purchasing. Two, the GOP tax plan's billion-dollar giveaway to the ultra-wealthy will have worn off, so all the recent ‘profits' are nothing more than corporations giving that tax-break money to shareholders and executives — as opposed to actual growth by selling goods and services people want," Sankey explained.

Sankey also noted that higher interest rates set by the Federal Reserve will spur capital to flow out of stocks resulting in "a bursting of the bubble that's been growing since the 2008 crisis."

On the government's $22 trillion mountain of debt — and annual deficit of about $1 trillion at the moment — the National Association for Business Economists members were split almost along political lines. About half of them said taxes should be raised to help cut the deficit — often an argument made by Democrats — while the other half preferred cutting government spending outflows, often a Republican proposal. To make a dent in the $22 trillion outstanding balance, some major steps would need to be taken, but it's not exactly obvious there is a lot of political capital for getting the budget and debt in check.

As a candidate, Trump said he'd have the national debt zeroed out in just eight years. "We've got to get rid of the $19 trillion in debt," he said in 2016 interview with Washington Post. "I think I could do it fairly quickly… Well, I would say over a period of eight years. And I'll tell you why… The power is trade. Our deals are so bad," he said as a candidate, while competing in a crowded field of 2016 Republican presidential hopefuls.

More than two years since Trump's January 20 inauguration — and just under three years since he told the post the debt would be gone in eight years — the debt has ballooned to fresh highs.

A report by the Daily Beast stated that in early 2017 senior aides delivered a briefing to Trump about their forecast explosion in the debt, to which he replied curtly, "Yeah, but I won't be here."