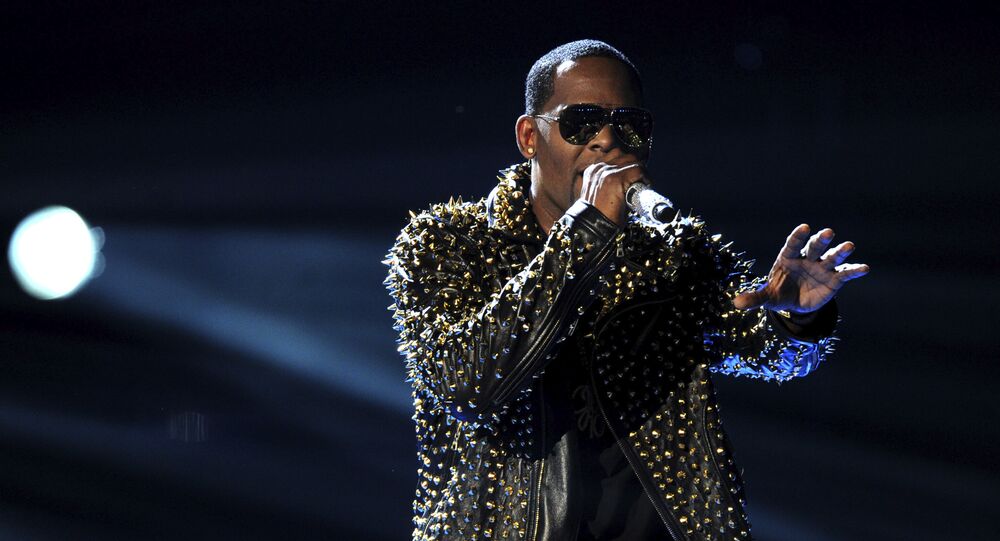 The newly announced charges stem from testimonies given to law enforcement officials by four victims, three of whom were under the age of 17 when they came in contact with Kelly.

Foxx noted that the sentence for just one count of aggravated sexual assault, which is a class 2 felony, can range from between three to seven years. Probation is also an option.

​Foxx identified the four victims by their initials and noted that the abuse allegedly committed by Kelly dated back to at least May 1998, with the most recent incident taking place between May 2009 and January 2010.

Without taking any questions from reporters, Foxx concluded the conference by saying, "We anticipate that Kelly will appear in bond court tomorrow [Saturday] afternoon."

Foxx's announcement came hours after a Chicago judge authorized a no-bail arrest warrant for Kelly. However, according to the AP, Kelly could eventually be offered bail if he appears in court to answer to the charges.

The latest development comes fewer than two months after Foxx first made a plea to the public for victims of Kelly to come forward so that an investigation could be launched into the matter. The attorney's plea was the result of the Lifetime documentary "Surviving R. Kelly," which recounted several alleged instances in which the musician abused teenaged girls.

Allegations of sexual abuse against minors have swirled around Kelly for decades, and in 2008 he landed in court to face child pornograhy charges after a videotape alleged to show Kelly having sex with a girl as young as 13 surfaced. The trial ultimately ended with jurors acquitting the musician of all charges.

Kelly has adamantly rejected all accusations of abuse. In January, when the musician was celebrating his birthday at the V75 Chicago nightclub, he told eventgoers that he "[didn't] give a f**k about what's going on."

In early February, well-known lawyer Michael Avenatti released a statement saying his office had been retained by several individuals with information regarding Kelly's alleged practice of targeting young women. He also indicated that his office had obtained a new videotape showing Kelly sexually assaulting a minor. It's unclear if that evidence will be added to the charges filed by Foxx.

Do You Still Listen to R Kelly's Music?