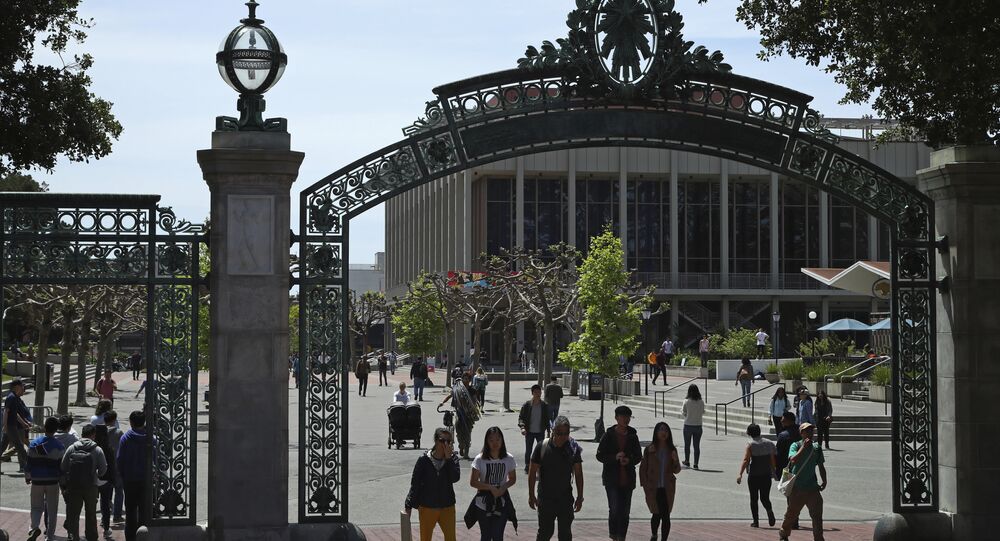 The founder and executive director of non-profit organization Turning Point US, Charlie Kirk, who reported the assault on Twitter, claims conservatives are feeling increasingly unsafe on US college campuses.

Founder of the non-profit organisation Turning Point US Charlie Kirk has published a video that allegedly shows an incident that took place on the Berkeley campus of the University of California (UC), where a conservative activist, identified by Turning Point as Hayden Williams, was attacked by two males while recruiting on behalf of the organization.

Mind denouncing this attack against a conservative activist on campus in your hometown area and state at UC Berkeley?

Does hate have no home there?

At the same time, University of California (UC) police have stated that it is now looking for two suspects involved in the clash. According to police, the two men approached Williams' table and engaged in a verbal altercation. However, after the victim started filming the interaction on his phone, the quarrel turned violent, with the two attackers knocking over the table and trying to grab Williams' phone. In the end, one of the assailants punched Williams in the face, injuring his eye and nose.

According to Fox News, citing a witness, the conservative activist had a sign saying "Hate Crime Hoaxes Hurt Real Victims" on his table. Another media outlet, Campus Reform, reported that the attackers called Williams a racist and threatened to kill him.

"Some students nearby tabling were laughing, even one guy was smiling while I was being attacked and trying to hand me his flyer as a joke. The idea is free speech has consequences […] which include you getting assaulted if they find you promoting ideas others don't agree with", Williams said.

Charlie Kirk said in an interview with Fox News that conservatives are feeling increasingly unsafe on college campuses. He argued that if the attacker had been wearing a MAGA hat, then the assault would be classified as a hate crime, not battery, and would be all over the media.

Earlier, Covington Catholic High School student Nick Sandmann found himself at the centre of a scandal over a video showing him standing while wearing a MAGA hat and smiling in front of a Native American elder playing on a drum. Many people first alleged that Sandmann had acted in a racist way; however, newer footage from the scene has shown the situation from a different perspective. Sandmann and his fellow students were harassed by a group of Black Hebrew Israelites, when the Native American elder decided to intervene by inserting himself between the two groups.