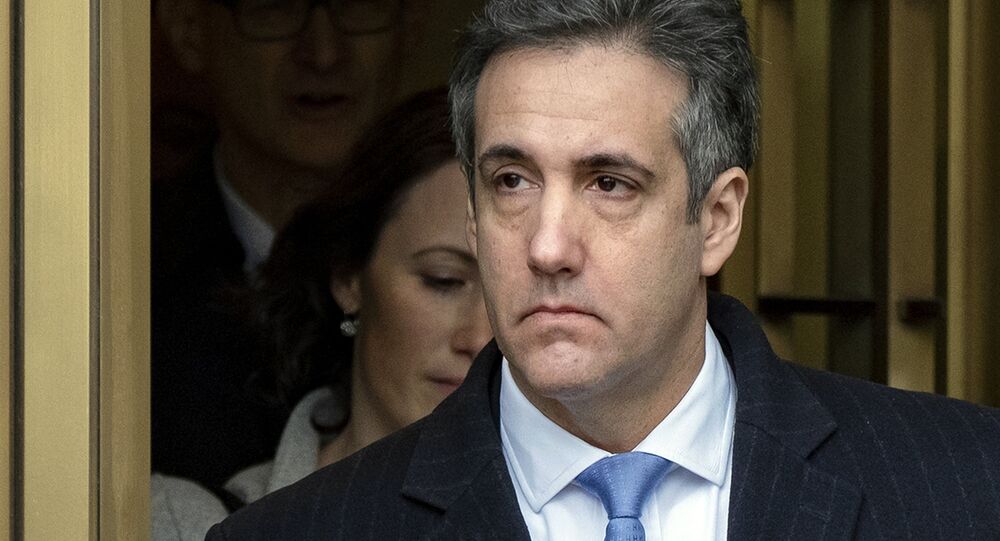 "Today, Rep. Elijah E. Cummings, the Chairman of the Committee on Oversight and Reform, announced that the Committee has rescheduled its public hearing with President Donald Trump’s longtime personal attorney, Michael Cohen, for 10 a.m. [3:00 p.m. GMT] on Wednesday, February 27, 2019, in room 2154 of the Rayburn House Office Building," the release said on Wednesday.

© AP Photo / Charles Dharapak
'Not Accurate': Mueller Refutes BuzzFeed Cohen Scoop
Cohen’s hearing, according to the release, will deal with questions related to Trump’s debts and payments vis-a-vis the 2016 election campaign and compliance with campaign finance laws. The hearing will not address questions related to Russia, according to a scope document attached to the release.

On February 28, Cohen will appear in a closed session before the US House Intelligence Committee, the release added.

Cohen has been sentenced to a three-year prison term for tax fraud and crimes that involve hush-money payments to two women Trump had affairs with in violation of campaign laws. He remains out of prison to continue cooperating with Special Counsel Robert Mueller's probe of Trump associates during the 2016 presidential campaign.