Nike has launched its first Colin Kaepernick jersey since the former San Francisco 49ers quarterback’s endorsement deal with the sportswear giant became public in September – just days after the player’s settlement with the NFL over a collusion grievance. 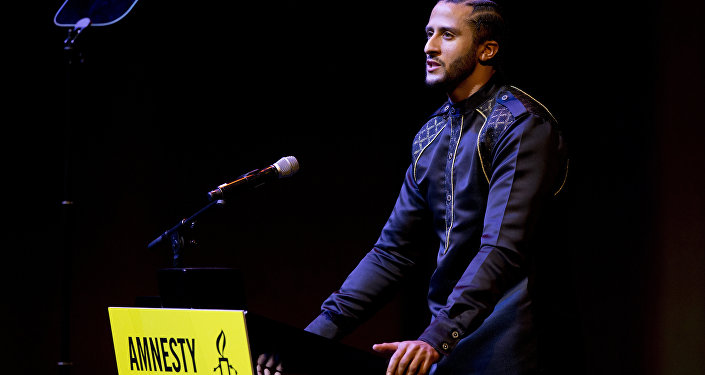 © AP Photo / Peter Dejong
Walking the Walk: Colin Kaepernick Receives Highest Amnesty International Honor
Kaepernick came into the spotlight after taking a knee during the national anthem at a pre-season game against NFL rules in 2016, in what he said was a protest against racial injustice and police brutality, sparking criticism from the community, including from senior White House officials and US President Trump, who called taking a knee during the national anthem a sign of “disrespect to our great country.”