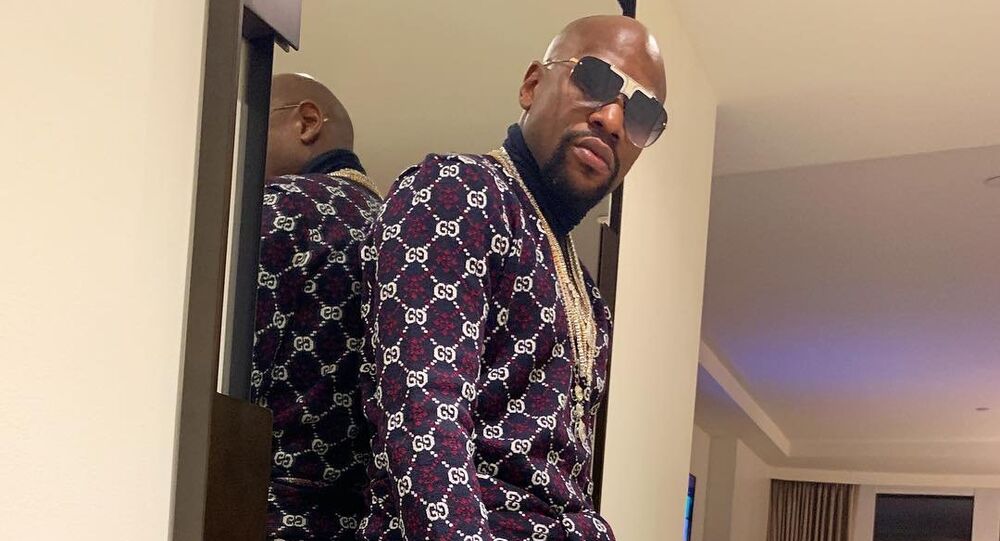 From common people to politicians, and from rappers to fashionistas, the blackface issue has left its mark on many Americans in the last few months. In the United States, many consider blackface to be a racially-charged practice rather than just make-up.

Mayweather, 41, posted a photo of himself in a head-to-toe Gucci ensemble, doubling down on his commitment to the brand.

Following the outcry, the firm issued an apology and removed the controversial item from sale, but a number of celebrities, including several from the hip-hop community, nevertheless vowed to boycott the brand.

READ MORE: Why Blackface and Klan's Outfits Are Still Unacceptable

Mayweather, on the other hand, stayed away from criticism. "I'm not no follower, I do what the f*ck I wanna do," Floyd told TMZ last week while shopping at a Gucci store. "You know when everybody else they say, 'Everybody gonna boycott?' I say guess what, this boy gonna get on a yacht and live life."

Floyd's perceived selfish attitude irked the boycotters: T.I. was quick to release a Mayweather diss track, which called the boxer an "old greedy ass n***a only thinking about his self".

Fifty, for his part, mocked Floyd on Instagram. "Get the f*ck outta here champ!" he wrote, posting a photo of Mayweather wearing a poorly drawn balaclava sweater.

Blackface is dark make-up with overdrawn lips, which non-black comic performers used to wear in order to resemble stereotypical African-American characters. This performance tradition originated in US in the first half of the 19th century, when black entertainers were not accepted on stage. Nowadays, blackface imagery is widely considered racially insensitive.

Blackface scandals have been making headlines in the United States more frequently in the past months. Earlier in February, old yearbook photos of Virginia Governor Ralph Northam emerged in the media, featuring a man wearing blackface and a man in KKK outfit. Northam issued a public apology but refused to quit his job.

In January, Florida's new secretary of state resigned from office after photos surfaced of him wearing blackface at a Halloween party 14 years ago.

Another Italian fashion giant, Prada, was forced, in December, to pull its black monkey toy figurines with oversized red lips over the alleged use of "blackface" imagery.

And in October, NBC fired its host Megyn Kelly after she insisted on air that it was OK to wear blackface on Halloween and that some people feel too sensitive about it.