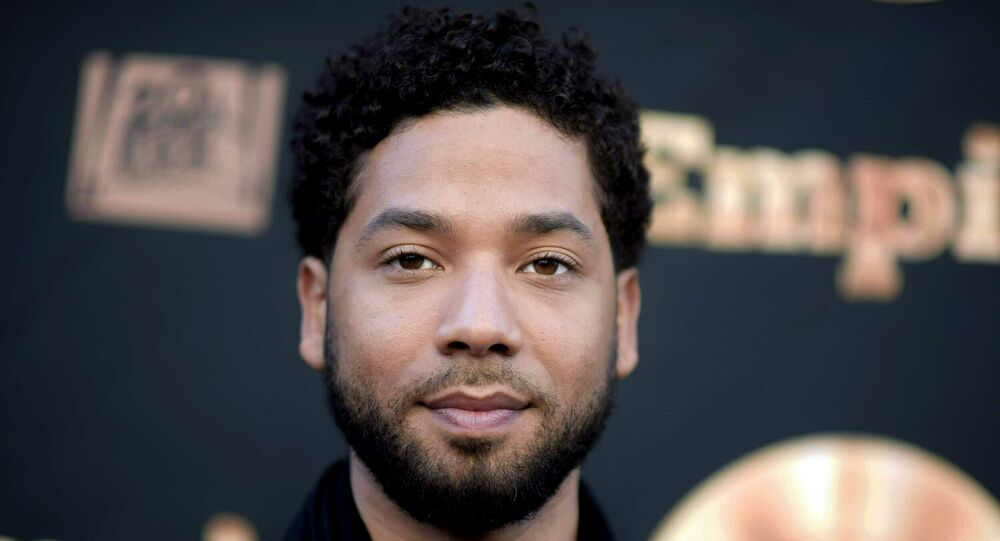 According to Smollett's account, the two men who allegedly beat him called him a "n***r" and a "f****t" and yelled "this is MAGA country". Police initially probed the attack as a possible hate crime, but the case apparently took a U-turn after the suspects were arrested and interrogated.

The Jussie Smollett assault investigation has ushered in a whole new perspective after reports surfaced that the "Empire" actor could be familiar with the alleged perpetrators and could have orchestrated the attack.

Smolett was allegedly beaten by two assailants late last month in a suspected racist and homophobic attack in Chicago.

However, on Wednesday CNN cited police sources familiar with the investigation as saying that Chicago police believe Smollett paid the two men to stage the assault.

MORE: "This is America"? Race, Music and Politics Collide

The suspects, who are brothers, were arrested and questioned by Chicago police last Wednesday. They were released without being charged on Friday as officials cited the discovery of "new evidence" and "additional investigative work to complete".

Smollett's attorneys said in a statement to CNN that Smollett denied the allegations as outright lies and was devastated by the report.

"As a victim of a hate crime who has cooperated with the police investigation, Jussie Smollett is angered and devastated by recent reports that the perpetrators are individuals he is familiar with," the statement reads.

© Sputnik
Does Your MAGA Hat Make You a Racist?

"He has now been further victimised by claims attributed to these alleged perpetrators that Jussie played a role in his own attack. Nothing is further from the truth and anyone claiming otherwise is lying."

According to the statement, Smollett's attorneys have refused to respond to CNN's sources and pledged to continue cooperating with authorities.

Smollett, who is black and openly gay, plays gay character Jamal Lyon on Fox's "Empire". He was hospitalised on 29 January after what was first investigated as a hate crime. He told reporters he was attacked by two masked perpetrators who yelled, "Aren't you that f****t 'Empire' n*****?" before attacking him, placing a rope around his neck and thrown a chemical — supposedly a bleach — on him.

They also allegedly yelled, "This is MAGA country," before walking away from the scene.

Smollett blamed the purported assault on anti-Black sentiment. "It feels like if I had said it was a Muslim or a Mexican or someone black I feel like the doubters would have supported me a lot much more," Smollett said. "And that says a lot about the place where we are as a country right now."