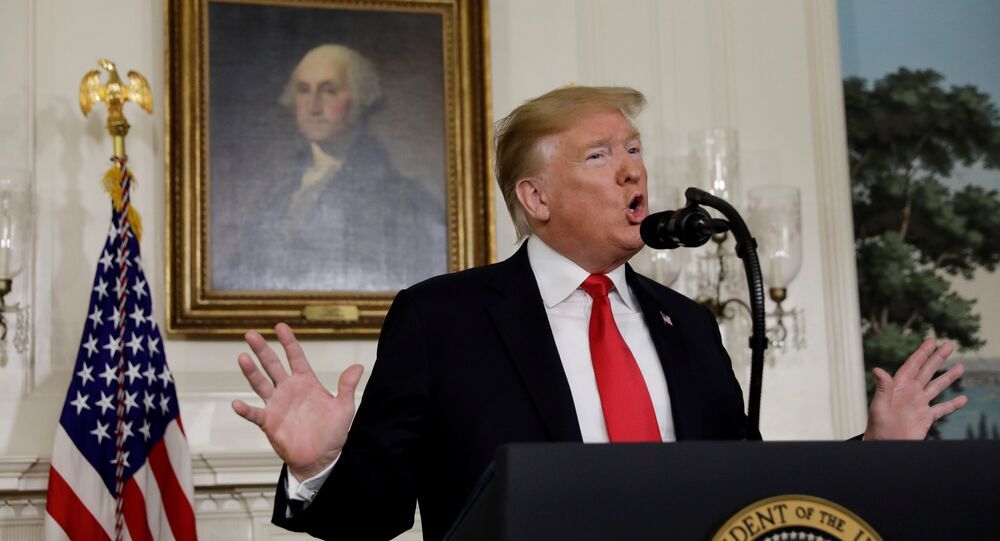 Earlier this week, former Acting Director of the FBI Andrew McCabe, revealed that the US intelligence community had considered removing the US president from office in May 2017 after he unexpectedly fired the bureau’s then-director, James Comey.

Following the revelations by Andrew McCabe, Republican Senator Lindsey Graham, who is the head of the Senate Judiciary Committee, promised he would hold a hearing on McCabe’s comments about a discussion to remove Trump, which he described as an “administrative coup”.

"So through good reporting by '60 Minutes’, there's an allegation by the acting FBI director at the time that the deputy attorney general was basically trying to do an administrative coup, take the president down to the 25th Amendment process. The deputy attorney general denies it. So I promise your viewers the following, that we will have a hearing about who's telling the truth, what actually happened", he told CBS, promising to do everything “to get to the bottom of the Department of Justice FBI behavior toward President Trump and his campaign”.

Two FBI lawyers in congressional testimony backed the statement that Deputy Attorney General for the US Department of Justice Rod Rosenstein considered secretly taping US President Donald Trump, Bloomberg reports. They also informed US lawmakers that two unidentified White House officials supported the idea of removing Trump from office using the 25th Amendment in May 2017, when the commander-in-chief fired FBI Director James Comey.

The outlet cites the testimony from then-employee of the FBI’s Office of General Counsel Sally Moyer, made during closed hearings in October 2018. She testified of being told Rosenstein allegedly suggested he could wear a wire to record his conversations with Trump during a high-profile Justice Department meeting after Comey was released from his duties. However, Sally Moyer was not in the room herself when the alleged conversation took place and allegedly got that information from another FBI lawyer Lisa Page. The latter became known to the public after her anti-Trump messaging with FBI agent Peter Strzok during the 2016 campaign was disclosed. 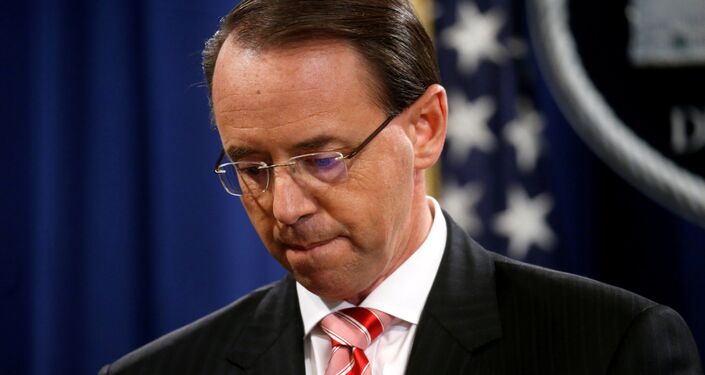 Besides Moyer’s testimony, former FBI General Counsel James Baker also said to lawmakers during questioning in October 2018 that he’d been told around the same time that Rosenstein had suggested secretly recording Trump.

Rosenstein has refuted any allegations he ever “pursued or authorised recording the president”, while Justice Department officials reportedly referred to it as a sarcastic remark.

Former FBI Deputy Director Andrew McCabe, who was fired in March 2018 on the eve of his retirement, made the remarks about Rosenstein repeatedly mentioning the idea of taping the president in an interview with CBS’ "60 Minutes" about his memoir, "The Threat: How the FBI Protects America in the Age of Terror and Trump". He said that during the eight days from Comey's firing to the appointment of Robert Mueller “the highest levels of American law enforcement were trying to figure out what to do with the president" and possibly, remove him.

"There were meetings at the Justice Department in which it was discussed whether the vice president and a majority of the Cabinet could be brought together to remove the president of the United States under the 25th Amendment”, CBS correspondent Scott Pelley, who interviewed McCabe, said Thursday morning, adding “That was I removed quickly, or reassigned or fired, that the case could not be closed or vanish in the night without a trace”.

The US Constitution's 25th Amendment, adopted in 1967 in the wake of President John F. Kennedy's 1963 assassination, lays out the manner and structure of the succession of power in the event that the president or others in the line of succession become unable to perform their duties, either due to death, illness. or some other incapacitation.