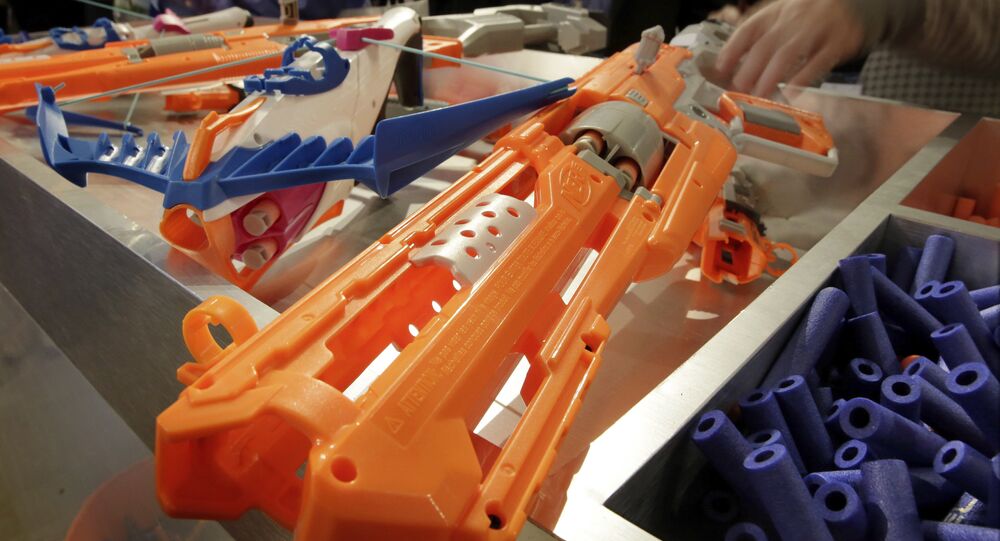 Social media users are shocked and appalled at a very controversial theme for a children's party in Ohio that appears to be promoting violence against the commander-in-chief.

"There is one president with bodyguards. Everyone else tries to eliminate or shoot the president", the description to the blaster-filled party read.

The game couldn't help but cause a stir in the local community, with some members sharing concerns that the theme could be sending children the wrong message.

“I think it’s unfortunate that they chose that kind of theme only because of the atmosphere we are living in now. For kids, it's just fun, but they don't realize what they are being taught subconsciously", Julie Berghaus from Cleveland told Fox 8.

Others, however, insisted that the theme was merely a "made-up" game.

"I wouldn’t say it was anything political or a statement about politics. I think the game was made up just for kid fun", said Samuel Fravel, a former participant in one of the center's educational programs.

After the center ended up into the spotlight, Adam Sheldon, the director of the Baldwin Wallace Community Arts School in charge of the center, apologized for the description and said that all parties with Nerf blasters would be scaled down.

"We apologize for the description on the website that is currently undergoing renovation. It’s not something that will be present for sure", said Sheldon.

The center's website removed the description of the game and the entire section promo-ing Nerf gun parties for kids as of Saturday afternoon.

Nonetheless, the controversial theme couldn't go unnoticed on social media, with many users slamming the game as "disgusting" and suggesting it should be illegal:

It should be illegal for any place to teach kids to be future school shooters or terrorists by thinking it's okay to shoot a President. Maybe the Center should be investigated. #OhioPerformingArtsCenter

Shameful and disgusting! Any parent that would allow their child to participate in this is a bad parent!

Nothing wrong with a nerf gun party, but shoot the President? How could that possibly be deemed okay by any adult on that committee? Let me guess, a bunch of leftists in charge.

This has to be illegal

This is disgusting and should be unlawful

Some wondered whether such a thing would be acceptable if another person was in the Oval Office:

This is wrong on so many levels. I wonder if this would be acceptable if any one else was the Commander in Chief. I can tell you right now, that it wouldn't be. Apparently the Lincoln, Garfield, McKinley and Kennedy assassinations were all cause to raise a glass. Unacceptable!!!

Now imagine if they had done that when Obama was "president"- term used loosely.

If it is just a "made-up game," why didn't they "make it up" four years ago and call it "Shoot Obama?"