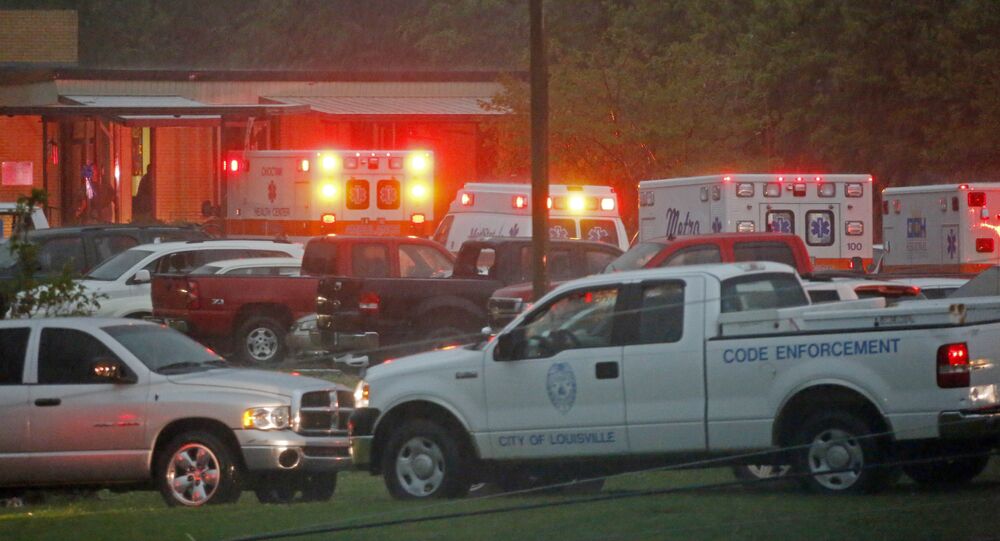 MOSCOW (Sputnik) - Four people are confirmed to have been killed in a domestic hostage situation in the southern US state of Mississippi on 16 February, the WLBT broadcaster reported, citing police.

The WLBT broadcaster reported late on 16 February that the incident started in the city of Clinton at about 2:30-3:00 a.m. local time (08:30-09:00 GMT) and lasted for approximately 12 hours. According to the broadcaster, shots were fired at the scene.

A SWAT team and agents from the Federal Bureau of Investigation (FBI) were deployed to the scene, along with the local police, the broadcaster said, adding that minors had been released from the house several hours before the rescue operation was completed.

BREAKING NEWS ALERT 🚨: The Hinds County Coroner is on the scene now at the house where the hostage situation happened in Clinton on Foxhill Dr. The Mississippi Bureau of Investigations is also on scene. @WJTV pic.twitter.com/cIEFQgUlxD

The broadcaster did not specify who was among the four victims, but noted that no law enforcement officers had been injured during the hours-long standoff.

Police also said that the suspect had been detained, the broadcaster added.

Germany Guarantor of Free World, Not Hostage of Russia or US - German FM