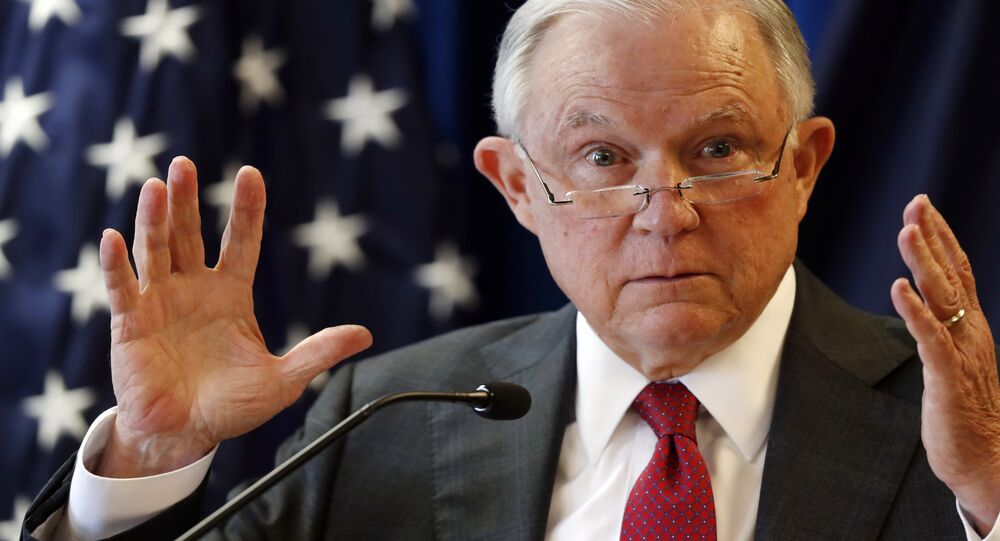 In his upcoming book, former FBI Deputy Director Andrew McCabe states that former Attorney General Jeff Sessions was guided in his judgement by national and religious stereotypes. McCabe briefly served as acting director of the FBI in the time period between James Comey's dismissal and Christopher Wray's confirmation.

The former FBI deputy head, whose "disdain for Trump is rivaled only by his contempt for Sessions," in the words of the Washington Post's Greg Miller, wrote in his memoir "The Threat" that at some point, Sessions told McCabe that the bureau was better when it "only hired Irishmen."

"They were drunks, but they could be trusted," Sessions allegedly said. "Not like all those new people with nose rings and tattoos — who knows what they're doing?"

© Photo
US Publisher Announces Release of Scandalous McCabe's Book
McCabe complains in his book that Sessions saw immigration as a root of crime, always beginning discussions about potential suspects with "Where's he from?" followed by "Where are his parents from?"

But the former bureau deputy chief doesn't stop there, writing that Sessions had "struggled to keep up with the most basic demands of his job." In particular, the former attorney general allegedly had "trouble focusing, particularly when topics of conversation strayed from a small number of issues," McCabe writes.

© REUTERS / James Lawler Duggan
Ex-FBI Director: Agency Weighed Coup Attempt Against Trump After Comey Firing
He also says electronic tablets used to deliver presidential briefs to the 72-years-old Sessions came back with no signs that Sessions had ever used them at all. McCabe also claims Sessions confused classified material and things he got from newspaper clippings.

The book grabbed headlines Thursday after McCabe told CBS he authorized an investigation into possible links between the Trump campaign and Russia after the president fired FBI Director James Comey.

In response, Trump hit back at McCabe, calling him a "disgrace to the FBI and disgrace to our country."

"McCabe pretends to be a ‘poor little Angel' when in fact he was a big part of the Crooked Hillary Scandal & the Russia Hoax — a puppet for Leakin' James Comey," Trump wrote in a tweet. "[Inspector General] report on McCabe was devastating. Part of ‘insurance policy' in case I won…."