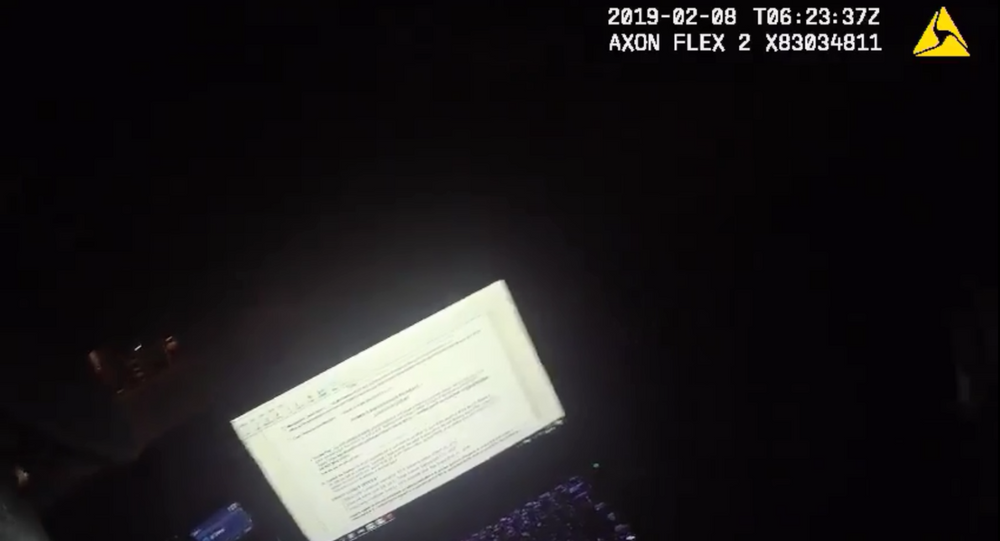 A Florida woman landed behind bars last week after she was arrested for driving under the influence, but according to law enforcement officials, the woman's actual arrest was just a warm-up ‒ her real performance was the racist rant she unloaded from the back of a police cruiser.

The series of events began February 7 at roughly 11:50 p.m., when Deputy Brandon King of the Volusia County Sheriff's Office was alerted to a disturbance at a home in the city of Deland.

Upon arriving, King found 53-year-old Julie Edwards in a black Lexus, smelling of alcohol and slurring her speech. When Edwards refused to consent to field sobriety exercises, King slapped on the cuffs and placed her under arrest for a DUI.

Video footage published by the sheriff's office begins after Edwards is placed in the back of King's patrol vehicle.

"I'm suing the f**k out of you, and you know what, I'll buy me a house because of you," Edwards told King, who is seen working on the police report. "Keep it up boy… I'm going to find you one day in a corner… I won't find you, somebody else will."

When King asked Edwards to explain her remarks, she said, "I didn't say I'd find you. I said somebody else will."

"I wont find you… the KKK people will," she added.

At that moment, King informed Edwards that he would be making note of her threats in his report. "Alright, thank you for that threat. I'll add that charge in here," he said.

"Hey, ain't a damn thing wrong with a burning cross in your yard, is there? You f**king with the wrong white people. You fucked up," she told King. "I hope you don't have no kids. You know what's going to happen here now? You don't want to know."

"KKK has got your ass boy," she continued. "You're going to look like a dumbass… my KKK friends will burn your family… have you ever been whipped on a whipping post?"

The majority of the recording shows King singing along to music playing on the radio as Edwards makes racist threats against the officer.

Courtesy of the Volusia County Sheriff's Office
Mugshot of Julie Edwards, who was charged with driving under the influence, resisting an officer without violence, making threats against a law enforcement officer and refusing to submit for testing.

Edwards' charging affidavit states, "Deputy King is of African-American descent and knows the history behind the KKK and the pain and torture they have caused and still cause to African-Americans today."

"Deputy King does not know Edwards and does not know her capabilities and takes the threat to be serious. Edwards was additionally charged with threats against a law enforcement officer, 1st offense," it added.

Edwards was ultimately charged with driving under the influence, resisting an officer without violence, making threats against a law enforcement officer and refusing to submit for testing. She was later admitted to the Volusia County Jail, but has since been released after posting bond.