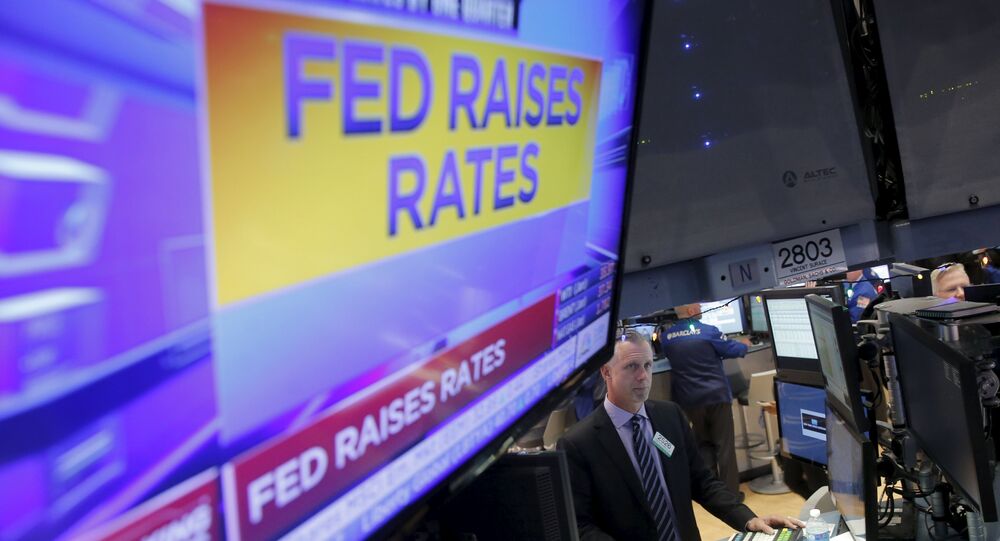 The latest figure represents a jump of more than $30 billion from where the balance stood at the beginning of February.

According to the US Congressional Budget Office (CBO), the United States’ federal budget deficit will rise by more than $100 billion to reach $900 billion this year. The CBO said in its January report that over the coming decade, deficits will fluctuate between 4.1 percent and 4.7 percent of gross domestic product (GDP), well above the average over the past half a century.

READ MORE: President Trump AKA 'Mr. Tariff' and the US Economy

© CC0 / Pixabay
Trump’s ‘Inherently Unstable’ Capitalist Economy to Face ‘Momentous Crash’
The US Treasury Department's report comes as the federal US government has re-opened after a 35-day partial shutdown, which the Congressional Budget Office characterized as having a modest negative impact on the US economy.

US President Donald Trump has repeatedly criticized his predecessor President Barack Obama for greatly increasing the debt during his eight years in office.

As a presidential candidate back in 2016, US President Donald Trump pledged to get rid of the US debt over eight years. The US president suggested that this could be achieved by making better trade deals.

Under Trump presidency, a United States–Mexico–Canada Agreement (USMCA), meant to replace the North American Free Trade Agreement (NAFTA), has been negotiated and signed by all three parties.

© CC BY 2.0 / Roman Boed / The US Treasury Department
US Economy Might Be at Pre-Bubble Stage as Treasury Yield Curve Flattens Again
In addition, Washington introduced a series of imports tariffs on various goods from China, which prompted retaliation measures from Beijing.

However, the US public debt grew roughly by $2 trillion compared to early 2017 when President Donald trump took office, according to the US Treasury Department. Moreover, the rate of increase of the debt accelerated after Trump pushed through $1.5 trillion in tax cuts in December 2017.

US Extends Wind Down Period for Divesting in Venezuela Bonds - Treasury