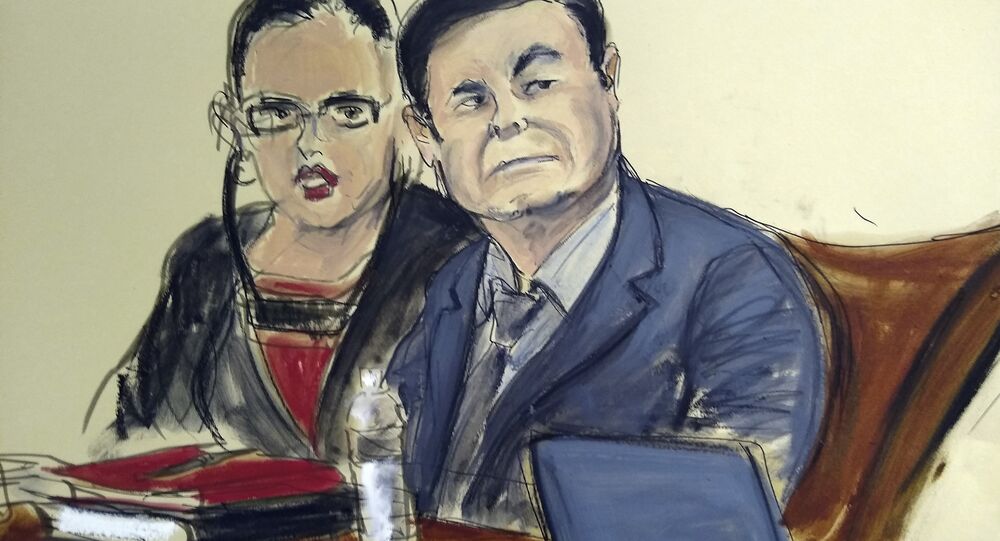 Mexican drug lord Joaquin "El Chapo" Guzman has escaped the custody several times since he was extradited from Mexico to the United States in early 2017.

The jury of the federal court in Brooklyn has found Guzman guilty on all 10 counts and now the drug lord faces a life sentence. According to the prosecution, the criminal had been moving tons of various drugs, including cocaine, heroin and methamphetamine, into the US for more than twenty years.

© AP Photo / Rebecca Blackwell
‘Sweetheart Deals’: El Chapo’s Lawyer Says Case Built on Testimonies of ‘Liars’
Earlier in the month, Guzman was accused of pedophilia as, according to CBS News, the court said that the criminal has sex with underage girls, whom he called "vitamins."

For the first time, Guzman was taken to a prison in Mexico in 2004; however, he escaped in 2001 after hiding in a laundry cart. He was recaptured again in 2014 but escaped once again the following year.

He was finally imprisoned in 2016 and then extradited to the US.