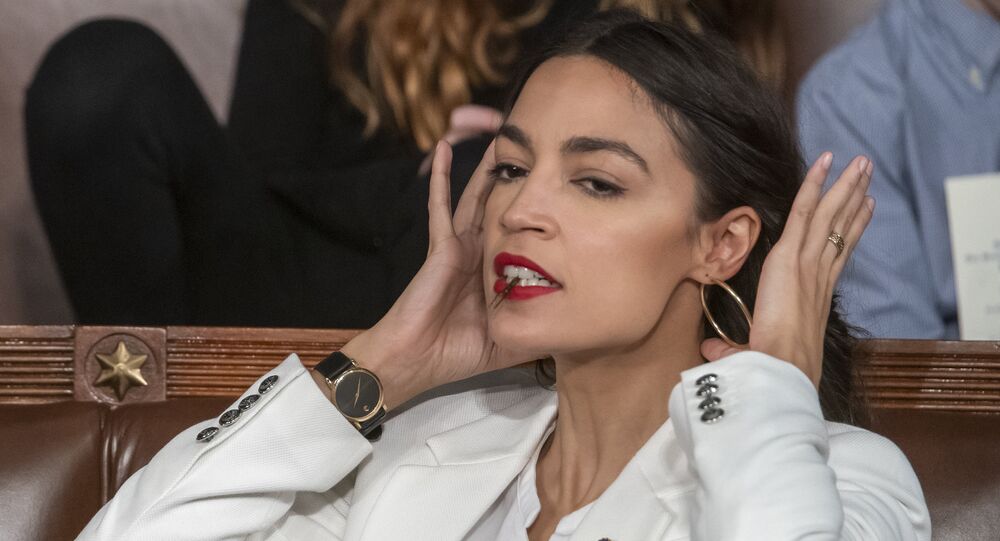 A top adviser to New York Democratic Rep. Alexandria Ocasio-Cortez admitted that an official "Green New Deal" document posted by Ocasio-Cortez's office contained a guarantee of economic security even for those "unwilling to work."

Cornell University Law School Professor Robert Hockett, who counsels Ocasio-Cortez on environmental initiatives, during an interview with Fox News' "Tucker Carlson Tonight" challenged the host after he was asked about one of the points on the list of frequently asked questions for Ocasio-Cortez's Green New Deal, posted online.

READ MORE: Ocasio-Cortez Will Not Be on House Climate Change Committee

The FAQ said that the Green New Deal will provide “Economic security for all who are unable or unwilling to work.” The document was later removed by Ocasio-Cortez’s office, yet the host still asked why people should pay for those unwilling to work.

Hockett replied that this was some sort of “doctored document” and that Ocasio-Cortez has “actually tweeted it out to laugh at it, if you look at her latest tweets. It seems apparently, some Republicans have put it out there. I don't know the details.”

© AP Photo / J. Scott Applewhite
Graham Mocks Ocasio-Cortez for Claiming World Will End in 12 Years
Hockett was apparently referring to the series of tweets the Democratic lawmaker made on Thursday, when she posted and criticized parody versions of the Green New Deal FAQ, including one that said, effective immediately, "males should urinate into an empty milk jug instead of a toilet." However, according to Fox News, no parody version posted by AOC contains the “unwilling to work” line.

Hockett later repeated that the document definitely didn’t contain the line about providing security for those unwilling to work, saying that this is “erroneous.”

“An early draft of a FAQ that was clearly unfinished and that doesn’t represent the GND [Green New Deal] resolution got published to the website by mistake,” Chakrabarti tweeted. “But what’s in the resolution is the GND.”

Hockett later on Saturday had to admit the error to The Daily Caller, stating “I regret that we seem unknowingly to have ended up speaking about different documents for a minute during our longer and otherwise ‘on-the-same-page’ conversation last night.”

Ocasio-Cortez herself also acknowledged that an FAQ "got uploaded + taken down," without explaining or providing additional detail.