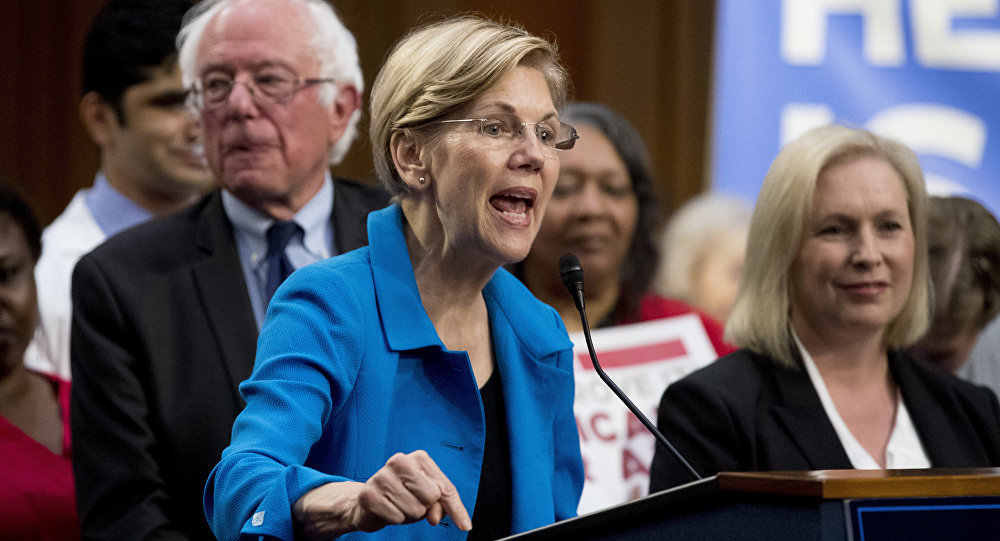 Democratic Senator Elizabeth Warren of Massachusetts, who recently announced that she is running for president in the 2020 election, suggested that US President Donald Trump might be in jail by then.

Warren made the statement on the first day of her campaign while speaking to voters in Cedar Rapids, Iowa.

She also slammed Trump over his tweets, calling them “racist” and “hateful” and called for her supporters to ignore the President’s comments and not to merely respond to every single action of Trump’s.

"Here's how I see it: Donald Trump is not the only problem we've got. Yeah. Donald Trump is the symptom of a badly broken system. So, our job as we start rolling into the next election is not just to respond on a daily basis. It's to talk about what we understand is broken in this country, talk about what needs to be done to change it and talk about how we're going to do that because that is not only how we win, it's how we make the change we need to make." Warren said.

© Sputnik / Alexey Agarishev
Elizabeth Warren Makes Official Bid for 2020 Presidential Run
She might be referring to Trump’s tweet Saturday when Trump slammed Warren in what appeared to be a joke about the Trail of Tears, the forced relocation of thousands of Native Americans during the 19th century.

Warren has come under fire for previously having identified herself as Native American and releasing a DNA test showing possible Native American ancestry. The DNA test enraged several Cherokee tribes, to whom Warren had to apologize. She also issued an apology after it was revealed that she identified herself as "American Indian" on her registration card for the State Bar of Texas.