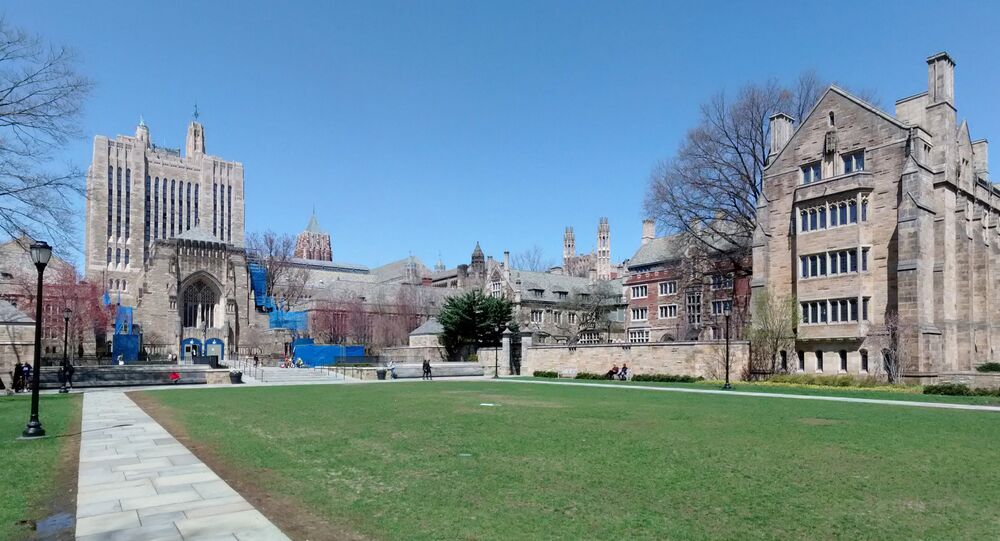 An article entitled “I’m Watching You, White Boy” suggested that students should collect and store evidence on white male classmates so that it can be used against their future political careers.

The author of the op-ed, Isis Davis-Marks, wrote in the Yale Daily News that she will save any evidence of her white fellow classmates behaving badly, even if it is unintentional, in the event they enter a career in politics.

“Everyone knows a white boy with shiny brown hair and a saccharine smile that conceals his great ambitions,” said Davis-Marks, adding that one day she will turn on CNN to see that the “white boy” has become a “white man” at his “Senate confirmation hearing.”

“I’ll remember a racist remark that he said, an unintentional utterance that he made when he had one drink too many at a frat party during the sophomore year. I’ll recall a message that he accidentally left open on a computer when he forgot to log out of iMessage, where he likened a woman’s body to a particularly large animal. I’ll kick myself for forgetting to screenshot the evidence.”

Davis-Marks noted that many Yale alumni become extremely influential and urges students to stop “future confirmation hearings”, using the controversy surrounding Supreme Court Judge Kavanaugh’s confirmation hearing as an example, referring to it as a “trial” in the text.

© AP Photo / Tom Williams
'Feminazis': Netizens Up in Arms Against Kavanaugh Accusers as One Admits to Making Up Rape Story
READ MORE: Senate Report Says ‘No Evidence’ of Sexual Assault by Kavanaugh

She also insists that students must collect the evidence themselves, suggesting that Yale’s administration will not take action because it needs “rich — and notable — alumni to keep the school afloat.”

“I can’t let things slip by. I’m watching you, white boy. And this time, I’m taking the screenshot,” she warned.

This is not the first op-ed aimed at the bad behavior of white male students that has been published by a university newspaper. On Thursday a similar piece was published in the Dickinson College school newspaper. The piece was entitled ”Should White Boys Still Be Allowed to Talk?” and concluded with a statement of “hell, no”, with the author claiming that male students with names like “Jake, Chad, or Alex” are not qualified to share their opinions and should be silenced.