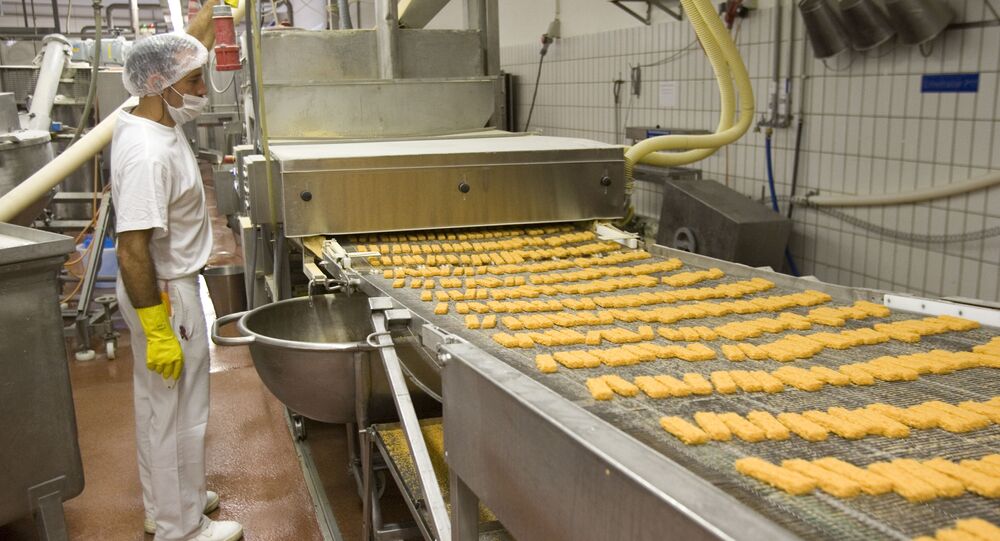 The scandal of Russian-caught fish sticks being served to American school children is the latest in a long series of US media stories claiming that President Donald Trump has deliberately or unintentionally kowtowed to Russian interests.

The Trump administration may have "inadvertently" protected a Russian and Chinese price advantage on the market of pollock sold in the United States, CNN has reported.

According to the Genuine Alaska Pollock Producers (GAPP), a US-based group lobbying US pollock fishermen's interests, Trump's tariffs failed to affect the cheaper Russian-caught, Chinese-processed pollock, with the cod cousin accidentally exempted from the president's stiff 10 per cent tariffs on Chinese imports in 2018 due to bureaucratic hurdles.

© REUTERS / Jonathan Ernst
Trump Says Dems Trying to Win 2020 Elections After Tense Hearing with Acting AG
CNN claim the error is the result of an arcane coding system which lists pollock as "Alaska Pollock" regardless of where it is actually caught. US fishing interests informed US trade representative Robert Lighthizer about the issue, sending several letters urging him to exclude tariffs only on seafood originating in Alaska and lobbying specifically to have the tariff exclusion on Russian pollock removed, but so far to no avail.

For now, the more competitive Russian-caught pollock continues to be widely sold to restaurants and school cafeterias, constituting about half of all fish sticks served in US schools and cashing in on the lucrative $200 million US market for frozen pollock.

CNN's Russian fish stick story instantly sparked a debate on social media, with many users sniffing out the familiar gimmicks of the network's regular Trump-Russia collusion claims. Jokers flooded the CNN Twitter account comments section, quipping that the network had uncovered "Putin's masterplan" and suggesting that "collusion has been proven at last".

THIS WAS PUTIN'S MASTERPLAN ALL ALONG! Nice journalisming CNN!

OMG, now we have a Russian fish stick controversy, called the special counsel, he needs to get on this. quick!! 😂 😂 😂

Great, now we have Russian fish sticks!! Only @CNN pic.twitter.com/SFRtNwRSQx

Other users questioned just how serious the issue was, given how rarely they see fish stick in a US school cafeteria menu.

LOL wow CNN is really scraping the bottom of the barrel to find something to complain about Trump today. What a complete joke!

Others took the story seriously, suggesting that Trump was obviously about "making Russia great again" and arguing that the administration's decision on Russian fish sticks was far from "inadvertent."

I'm sure it was inadvertent 🙄 pic.twitter.com/8bUn0UyE2Y

The Trump administration has faced a series of political, legal and media investigations over the president's alleged ties to Russia ever since the 2016 presidential election. Democratic politicians and Democratic-leaning media have accused Moscow of meddling in US affairs, and even working in favour of Trump against his Democratic rival Hillary Clinton, but have provided no serious evidence to substantiate their claims despite over two years of investigation.