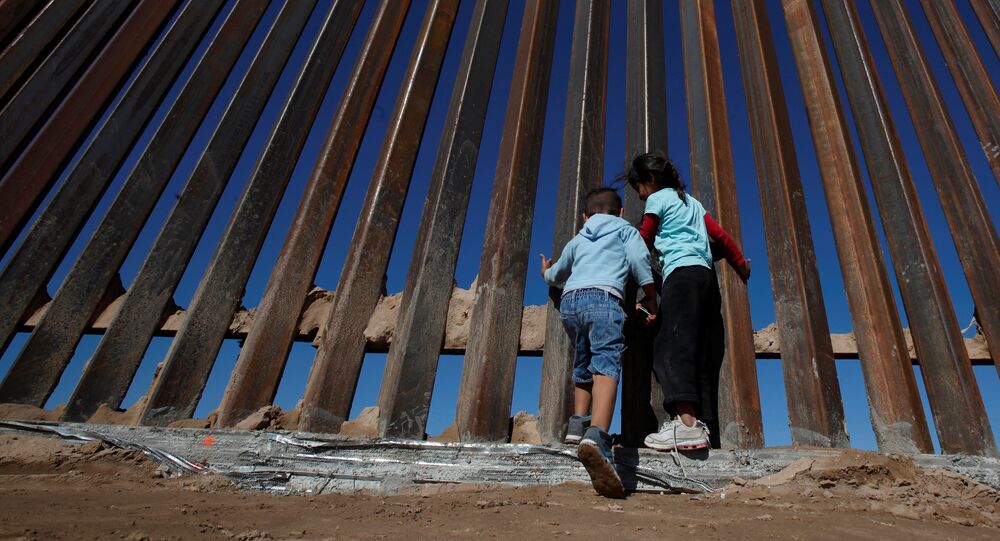 The central European country became the bloc’s frontier amid the 2015 migration crisis, when hundreds of thousands of people fleeing conflicts and poverty in the Middle East and Africa headed to the EU, seeking a better life. According to the Hungarian foreign minister, border barriers have helped Budapest successfully reduce illegal migration.

Hungarian Foreign Minister Péter Szijjártó has told Breitbart that his country understands Donald Trump’s “endeavour to protect the people and the country of the US from illegal migration”, which previously led to the longest partial government shutdown in American history. He insisted that from its relatively recent experience, Hungary “understood that without a physical infrastructure, basically, it is impossible to make sure that no illegal migrants come in”.

“So we understand his endeavour very much, and what I can tell you is that since we consider the US as an ally and as a friend, the only thing we can do is cross our fingers that he succeeds with protecting the citizens of the US”, the diplomat stated, expressing his hope that the American people would benefit from Trump’s future success “without any kind of willingness to interfere into domestic issues”.

Szijjártó cited his country’s own experience in dealing with illegal migrants, noting, however, that the Hungarian border is much shorter compared to the American southern border. He stated that Trump’s approach is similar to Hungary’s, as Budapest has also resorted to building a layered border barrier to ensure the security of the country and its people, which he described as “an obligation of the state”. The massive influx of illegal migrants prompted them to build infrastructure to prevent illegal border crossing.

“Basically, what I can tell you is that regardless of the continuous attempt to break in, we were successful to protect the border, because if you have physical infrastructure, and you have well-trained personnel there, you can basically make it impossible for people to violate your border”, he said.

According to the Hungarian government, the number of illegal border crossings has dropped from over 391,000 in 2015 to fewer than 2,000 in 2017 and 2018 combined. At the same time, the minister described the border situation at the beginning of the 2015 migrant crisis as “terrible”, with thousands violating the Hungarian border, which means “disrespect towards a country”, according to him.

“They have rejected any kind of co-operation with the local authorities; they have not gone to the designated areas for migrants; they have occupied public areas; they have threatened the people; with their behaviour they have frightened the people”, he stated emphasizing that migrants not showing respect towards the host country’s regulations and its way of life, rules of behaviour, culture and people was “unacceptable”.

The Hungarian government has long been critical of the EU's open-door border policy, rejecting migrant relocation quotas and setting up border fences. In September, Prime Minister Viktor Orban made it plain that  Hungary would not change its policy concerning illegal migration and that it would stand up to the European Union "if needed".

READ MORE: Hungary May Be Unable to Stop Possible Migration Attack on Its Border – Official

Budapest's stance prodded the European Commission to launch its first infringement procedure against Hungary over its asylum legislation in December 2015. Hungary, in particular, set up border fences and enhanced border control with neighbouring Serbia.