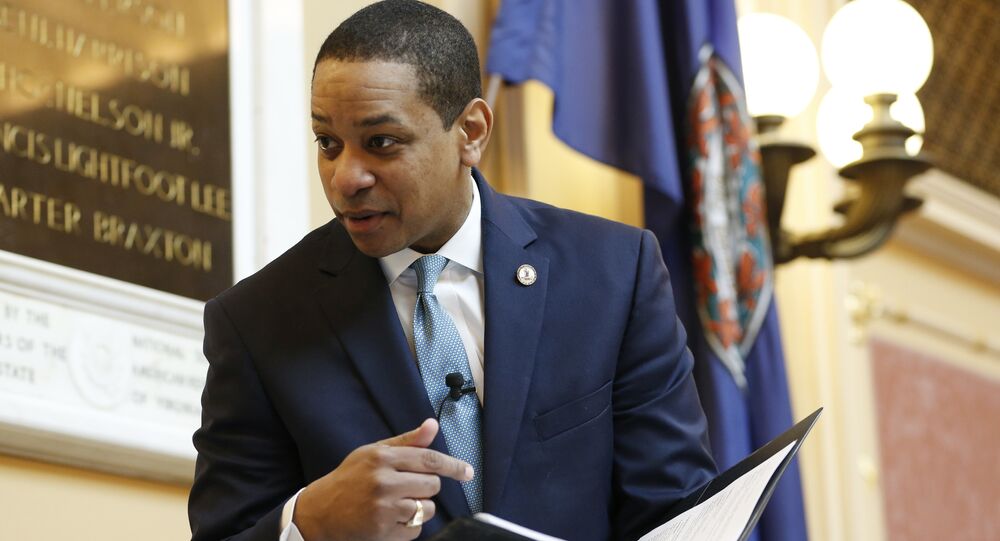 A second woman has come forward to accuse Virginia Lt. Governor Justin Fairfax of sexually assaulting her. Meredith Watson says Fairfax raped her in 2000 while they were studying at Duke University together.

Watson, 38, did not speak Friday, but said in a written statement shared by her attorney, Nancy Erika Smith, that she told several classmates and friends about the encounter after it happened. She characterized it as "premeditated and aggressive," and the statement notes, "The two were friends but never dated or had any romantic relationship."

"At this time, Ms. Watson is reluctantly coming forward out of a strong sense of civic duty and her belief that those seeking or serving in public office should be of the highest character," Smith said in the statement. "She has no interest in becoming a media personality or reliving the trauma that has greatly affected her life. Similarly, she is not seeking any financial damages."

However, the statement makes clear that Watson doesn't think Fairfax should stay in office.

Smith provided an email exchange from 2016 between Watson and a friend from Duke named Milagros Joye Brown. Brown had invited Smith and other Duke alumni to a campaign fundraiser for Fairfax, and Watson wrote back to her: "Molly, Justin raped me in college and I don't want to hear anything about him. Please, please, please remove me from any future emails about him please."

"I will not resign," Fairfax said in a statement Friday. "I demand a full investigation into these unsubstantiated and false allegations… I have never forced myself on anyone ever."

"I will clear my good name, and I have nothing to hide," the statement continues. "I have passed two full field background checks by the FBI and run for office in two highly contested elections with nothing like this being raised before."

Watson is the second woman to accuse Virginia's number two politician of sexual assault this week. Dr. Vanessa Tyson, a political science professor at Scripps College, accused Fairfax of sexually assaulting her in Boston at the Democratic National Convention in 2004.

The accusation rounds out a week of chaos in Richmond that began with a 1984 medical school yearbook picture from Virginia Governor Ralph Northam's page depicting two people: one in blackface, and the other in Ku Klux Klan robes. Northam denied that he is in the photograph that surfaced in a Big League Politics report, but has admitted to dressing in blackface on another occasion.

Northam's revelation prompted the state's attorney general, Mark Herring, to admit that he had also engaged in the practice, which caricatures and mocks black people for entertainment, at a party in 1980.

But there's more: Thomas K. Norment Jr., the Republican majority leader of the Virginia state senate, also came forward to admit that he had been the yearbook editor of the Virginia Military Institute in the 1960s, when it didn't even allow black students to enroll, which contains numerous racial slurs and pictures of students in blackface. However, he also said he didn't take or pose in any of those photos, the New York Times noted.