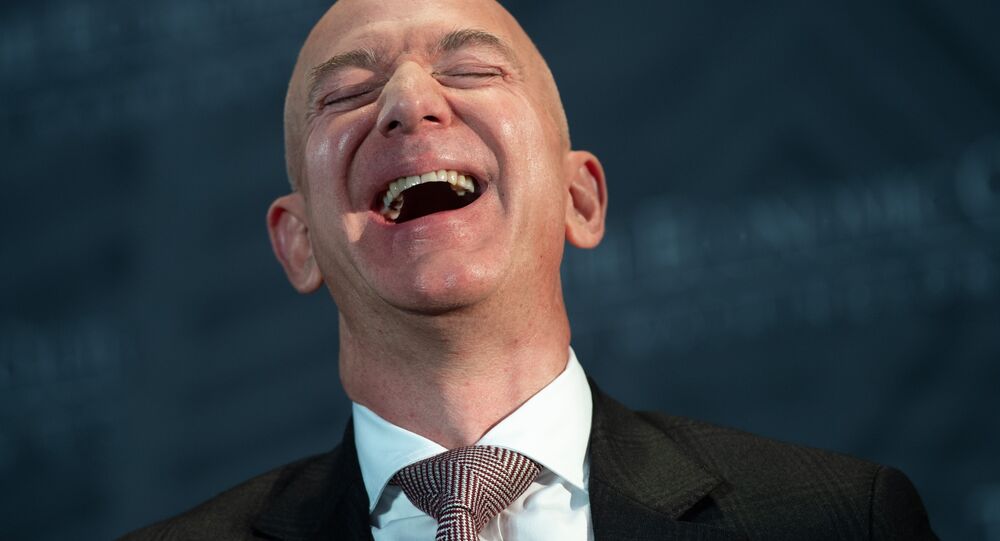 Prosecutors in the US attorney’s office in Manhattan are reviewing the National Enquirer’s parent company American Media Inc. to determine if it has violated an earlier agreement granting the publication legal immunity in exchange for cooperation in the Karen McDougal case after Jeff Bezos accused the company of blackmail.

Two people familiar with the matter told Bloomberg that the attorney’s office has been given information on the tabloid’s handling of the story about Amazon’s CEO.

The reports come amid American Media’s statement that they believe they “acted lawfully in the reporting of the story of Mr. Bezos", noting that the company was “in good faith negotiations to resolve all matters with him” and promised to launch an investigation into his claims.

“In light of the nature of the allegations published by Mr. Bezos, the Board has convened and determined that it should promptly and thoroughly investigate the claims. Upon completion of that investigation, the Board will take whatever appropriate action is necessary", the statement added.

Bezos published his accusations in response to the National Enquirer having touted that it was publishing alleged intimate text messages between Bezos and Lauren Sanchez, who is said to be his mistress, on the same day that the world’s richest man and his wife announced that they were divorcing after 25 years of marriage last month.

Amazon's CEO opened an investigation into how the messages could have ended up in the hands of the tabloid, led by his security consultant Gavin de Becker, who suggested that the case was politically motivated.

© AP Photo / Ted S. Warren, File
‘Political Hit Job’: Bezos Thinks Team Trump Leaked Sexts - Report
On Thursday Bezos published an email from AMI deputy general counsel, Jon Fine, to a lawyer representing de Becker, where AMI proposed a public acknowledgement from Bezos and de Becker that “they have no knowledge or basis for suggesting that (AMI’s) coverage was politically motivated or influenced by political forces". In exchange, the email contained a promise from AMI “not to publish, distribute, share, or describe unpublished texts and photos", found in Bezos and Sanchez messages.

Bezos said the statement AMI was proposing was false and described the offer as an “extortionate proposal".

The accusations of blackmail could interfere with a related legal matter involving the National Enquirer’s actions during the 2016 US elections in connection with a $150,000 hush-money deal with Karen McDougal, the former Playboy model who claims she had an affair with US President Donald Trump. The deal not to prosecute was conditional on AMI not committing any crime, according to the United States Attorney’s Office for the Southern District of New York, cited by Reuters. The allegations of extortion – a second-degree felony – could push investigators to reconsider the deal.