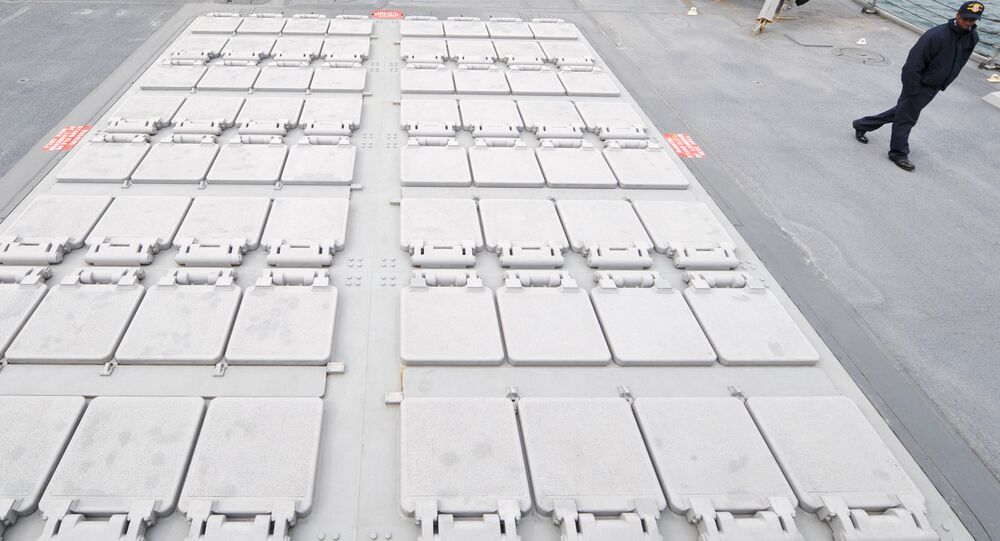 The US recently asked Russia to destroy its 9M729 missiles, which allegedly violate the INF Treaty. Moscow has denied the American allegations, making a counter-suggestion that Washington destroy its Mk 41 launchers, strike drones, and target missiles similar to arms banned by the treaty. Sputnik has gathered info about the weapons in question.

The Mark 41 (Mk 41) canister-based launching system is preferred by the US military, which tends to adapt most new missiles to the format. It was initially made to be installed on American ships, but in 2016 the US deployed several Mk 41s on the ground in Romania and Poland as a part of its missile defence shield in Europe.

Washington claims that these systems will only be used for Standard (SM-3) interceptor missiles, not offensive Tomahawk cruise missiles launched from ships; but in terms of design, the ground and ship-based Mk 41s are almost identical. That's why the Russian Defence Ministry has pointed out that the launchers, based in Europe, could easily be used to launch Tomahawks, capable of striking targets at ranges of up to 2,500 kilometres.

Because the Tomahawk missiles were ship-based, they were not subject to the accord. However, because the Mk 41s are now capable of being stationed on the ground, Tomahawks could potentially violate the treaty, according to the Russian ministry.

The Hera is a ground-launched target missile made from spare parts of the Minuteman II and Pershing II missiles, which were destroyed under the INF Treaty. Although made for air defence practice, the Hera could theoretically be fitted with a warhead. And since its range reaches around 1,200 kilometres, the missile has raised questions by the Russian Defence Ministry, which states that therefore Hera could fall under the INF provisions.

US drones, such as the MQ-1 Predator, MQ-9 Reaper and Avenger were developed by General Atomics after the missile treaty was signed. But it's unclear whether they fall under its provisions, as drones are not technically missiles.

However, drones are still capable of carrying and launching air-to-ground missiles and able to fly 1,200 kilometres away from the base where they are stationed, giving them ranges that are equal to the missiles banned by the INF Treaty, thus raising issues with the Russian Defence Ministry.

The Medium Range Target (MRT) is another missile made for air defence testing. It has an effective range of 1,000 km and was initially ship-launched. But in 2010, it was launched from the Pacific Missile Range Facility on Kauai, Hawaii, meaning that it also is capable of being launched from the ground, thereby falling under the target missiles category, which the Russian Defence Ministry says violates the INF Treaty.