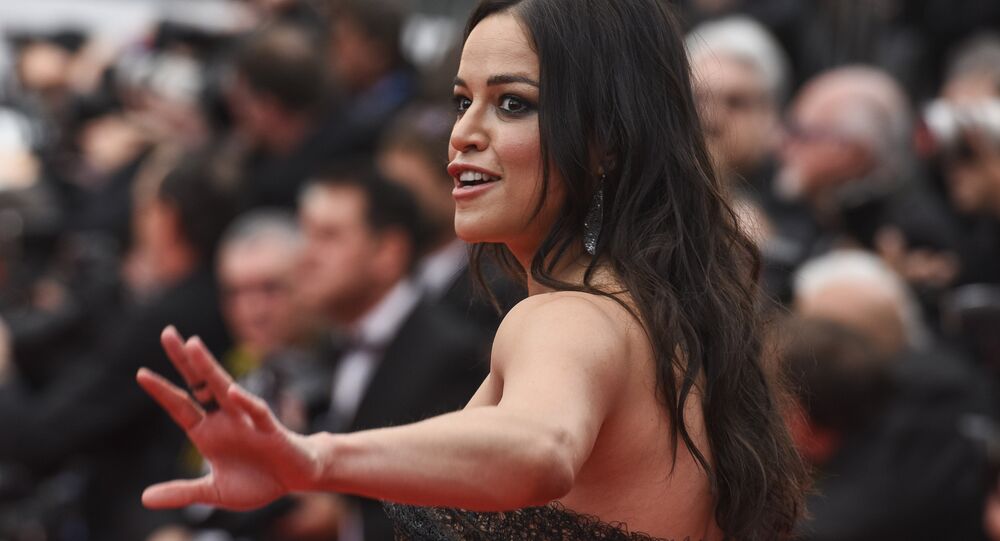 The “Taken” star has landed in hot water after he opened up about a painful episode in his past. He told The Independent that 40 years ago he would look for a fight with a “black bastard” after a friend of his was allegedly raped by a black person. While he has expressed remorse for having had such thoughts, netizens slammed him for racism.

“Widows” actress Michelle Rodriguez has stood up for her co-star, 66-year-old Liam Neeson, calling any allegations that he is racist “f**kin’ bulls**t”.

At the amfAR Gala New York, the Fast and Furious-star told Vanity Fair that any such insinuations are “all lies”, arguing that a racist would not be able to make out with someone from a race that they hate, as Neeson kissed fellow “Widows” co-star Viola Davis.

“Dude, have you watched Widows? His tongue was so far down Viola Davis’s throat. You can’t call him a racist ever. Racists don’t make out with the race that they hate, especially in the way he does with his tongue—so deep down her throat. I don’t care how good of an actor you are. It’s all bullshit. Ignore it. He’s not a racist. He’s a loving man”, she said.

Liam Neeson’s promotion work of his new movie "Cold Pursuit" turned into PR-hell for the Hollywood actor, who once portrayed industrialist Oskar Schindler, who saved over a thousand Jews from the Nazis. In an interview with The Independent, Neeson opened up about disturbing thoughts from 40 years ago to commit a racially targeted murder after learning that a female friend had been raped by a man that she described as “black”.

“I went up and down areas with a cosh, hoping I’d be approached by somebody — I’m ashamed to say that — and I did it for maybe a week, hoping some 'black bastard' would come out of a pub and have a go at me about something, you know? So that I could… kill him", he said of his vigilante mind-set at the time.

Neeson confessed that he quickly realised that his thoughts were "horrible", but the interview had already triggered an avalanche of racism accusations.

The 66-year-old Irishman attempted to address the allegations on ABC’s Good Morning America on Tuesday, where he said that he sought help to overcome those violent thoughts.

"I went to a priest. I had two really good friends that I talked to, and believe it or not, power walking. Two hours every day… to get rid of this. I'm not racist. I was trying to show honour, to stand up for my dear friend in this terrible, medieval fashion…. I am a fairly intelligent guy and that's why it kind of shocked me when I came down to Earth after having these horrible feelings", he shared, which, however, did not help to ease the uproar.

While the actor pulled out from one of the US late night shows, the movie studio Lionsgate axed Tuesday night's red carpet event for Liam Neeson's "Cold Pursuit" in  wake of the scandal.