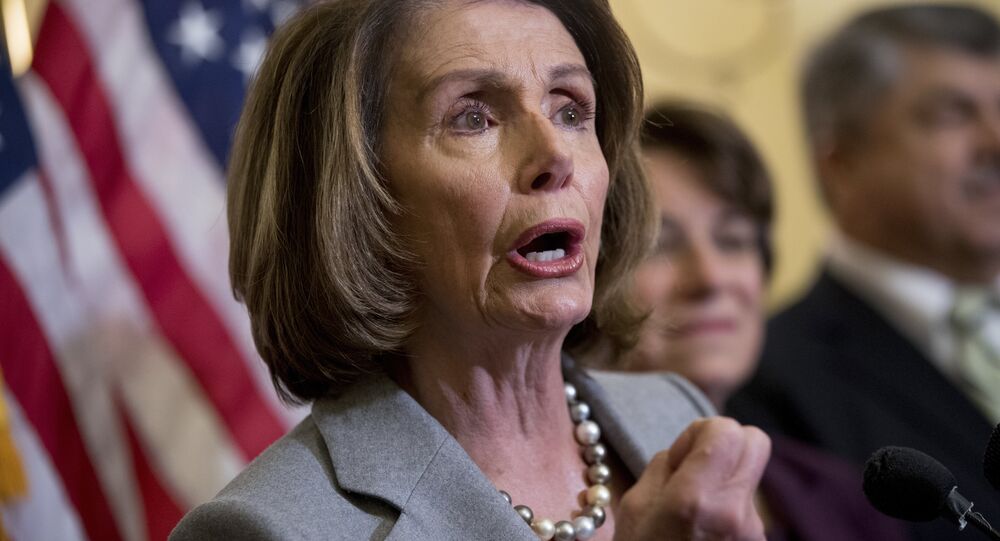 House Speaker Pelosi: 'There Will Not Be Another Shutdown'

Nancy Pelosi suggested in a new interview that Republican leaders in Congress would not support another partial government shutdown over border security funding demanded by US President Donald Trump.

The Speaker, while speaking with the news outlet Politico, predicted that after the 35-day shutdown – the longest in US history – Republican leaders would not be willing to repeat this experience, insisting that “it’s not going to happen.”

“I have a club that I started, it’s called the ‘Too Hot to Handle Club.’ And this is a too-hot-to-handle issue,” Pelosi said.

READ MORE: Nancy Pelosi’s Favourite Bible Quote Isn’t in Bible At All as It Turns Out

She said she believes that a House-Senate panel negotiating on border security will come to an agreement before the deadline. Pelosi also indicated that she would support any deal that these talks would produce.

© AFP 2021 / Doug Mills / POOL
'F*ck You Clap': Twitter Wild as Pelosi's Applause Steals Show at Trump's SOTU
Pelosi also took aim at Trump's State of the Union address late Tuesday, where she was spotted sarcastically clapping at the president. She said that while she respects the office Trump holds — and prays for him daily – she believes that Trump’s speech was “theatrics” and “not government”. She also dismissed Trump’s criticism of House Intelligence Committee Chairman Adam Schiff, who is a close Pelosi ally.

The shutdown was caused by the Democrats’ refusal to approve Trump’s demand of $5.7 billion in spending on southern border security, which included building a barrier. The US President agreed to reopen the government and sign temporary budget funding for government agencies through February 15.

Any Border Security Legislation Will Not Include Trump's Wall Funding - Pelosi