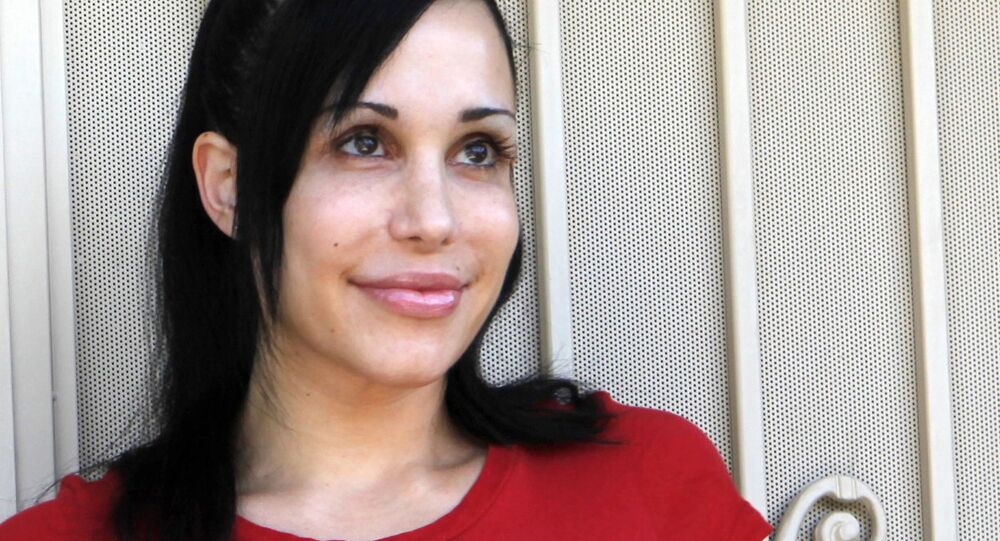 Californian Nadya Suleman made headlines in 2009 when she gave birth to octuplets and, thus, became a mother of 14. She cashed out her newly gained fame as an “Octomom” featuring in adult films, stripping in clubs and had to fight accusations that she deliberately had embryos implanted to monetise the record-breaking pregnancy.

The woman, who is 43 years old now, admitted that she killed her “Octomom” character and has managed to get her life back on track and prove critics wrong by taking care of her kids, including the octuplets, who recently turned 10. In an interview with ITV, Suleman revealed that her “biggest challenge” now is a severely autistic son.

“He’s 13 going on one. He’ll be my baby forever. I have been his sole care provider since he was born. I will die taking care of him, that’s just the way I am”, she said.

In 2009, along with international fame as an octomom ten years ago, Suleman, who has a total of 14 children, faced a barrage of criticism when it emerged that she allegedly had embryos implanted and was slammed as a bad mother as well as a suspected fraudster. Because of it, she reportedly struggled to find a job, and some while later found herself in the adult movie industry, according to The Daily Star.

“I was spiralling down a dark hole. There were no healthy opportunities for Octomom. I was doing what I was told to do and saying what I was told to say… I was selfish and immature. I was pretending to be a fake, a caricature, and I was doing it out of desperation and scarcity so I could provide for my family”, she recollected in an interview with The New York Times.

According to the mother of 14, the catalyst that prompted her to change was her daughters, particularly the eldest, who started integrating her behaviours when she was about 10 years old.

"After I had observed my daughter beginning to emulate me, I saw her going down that same potentially destructive path, and I realised at that moment I'd rather be homeless in my van with all 14 kids than continuing down this path. It was not what I wanted for my children”, she confessed.

This led Suleman, suffering from depression and addiction, to a rehab in 2012. Now with a BA in child development, Suleman works as a counsellor.