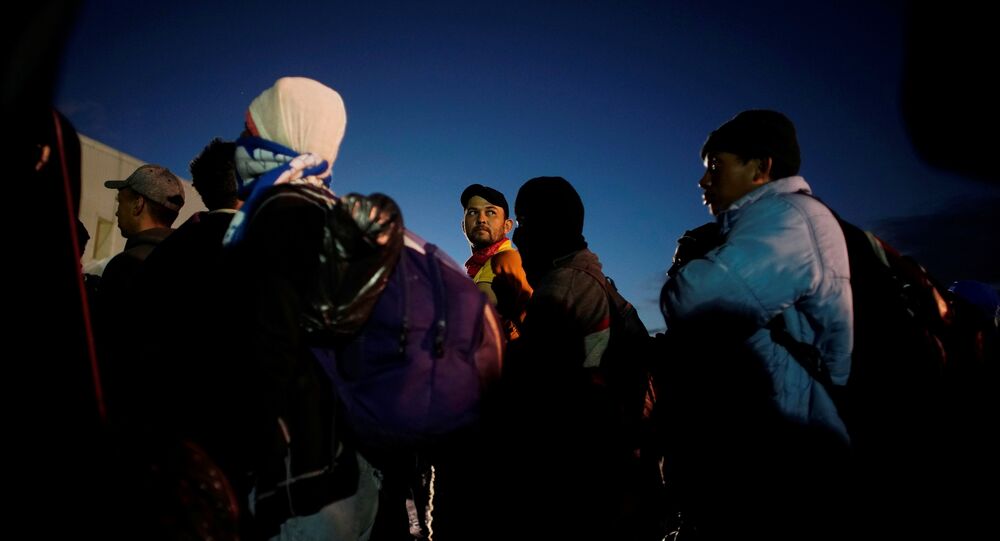 WASHINGTON (Sputnik) - The United States is prepared to prevent a migrant caravan that has arrived on US border with Mexico from any attempts to illegally cross into the country, US Homeland Security Secretary Kirstjen Nielsen said in a press release on Tuesday.

"Approximately 2,000 aliens have arrived in northern Mexico as part of a 'caravan' seeking to cross the border into Texas," Nielsen said in the release. "Illegal entry will not be tolerated and we stand ready to prevent it."

© AP Photo / Moises Castillo
Two Child Rapists Caught Entering US With Illegal Migrant Caravan – Report
Nielsen said Department of Homeland Security will take all necessary steps to ensure the safety and security of US law enforcement personnel on the border.

Nielsen claimed that such caravans are a result of Congress's failure to fully fund a border wall and to fix the US immigration system.

The caravan arrived at the Mexican border town of Piedras Negras, which is just across the border from Eagle Pass in the US state of Texas, according to media reports.

READ MORE: Another Migrant Caravan Sets Off From Honduras Toward US — Reports

Most of the migrants are coming from Central America, mostly Honduras, in order to seek asylum in the United States. The majority have said the reason for fleeing their countries is to escape violence and poverty.