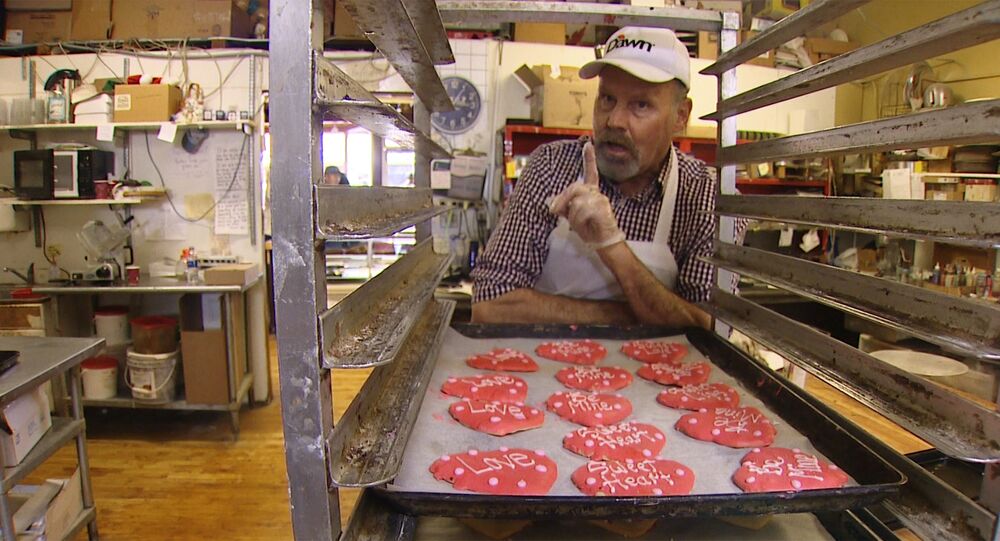 The bakery owner argued that the sale of his cookies is protected by the First Amendment, and that people from “all over the country” now buy them by the dozen.

Ken Bellingham, the owner of the Edmonds Bakery in the US state of Washington, has announced that he’s "unapologising" for selling "Build the Wall" Valentine’s Day cookies.

Last week, a patron of Edmonds Bakery named Ana Carrera was offended when she saw a "Build the Wall" cookie on sale there, snapping a picture of it and venting her outrage on social media, where she claimed that “there’s nothing funny about racism or racist ideals + policies”, KOMO News reports.

While Bellingham initially offered his apologies, saying that he "will not be making anymore cookies of a political nature", he now argues that his sale of these cookies is protected by the First Amendment.

Having lunch at the Edmond’s Bakery. Snagged the last two Build the Wall cookies. pic.twitter.com/EslPNiut2g

​"Am I supposed to be quiet because I can’t write what I want, or I can only write what they want or makes them happy? No. That’s not how it is. They can write whatever they want on their own cookie and I can do that on mine," Bellingham told the media outlet.

He also pointed out that his sale of “Build the Wall” cookies was a business decision, not a political one, adding that he now sells this type of cookie by the dozen.

"People should lighten up," Bellingham surmised.

Any Border Security Legislation Will Not Include Trump's Wall Funding - Pelosi