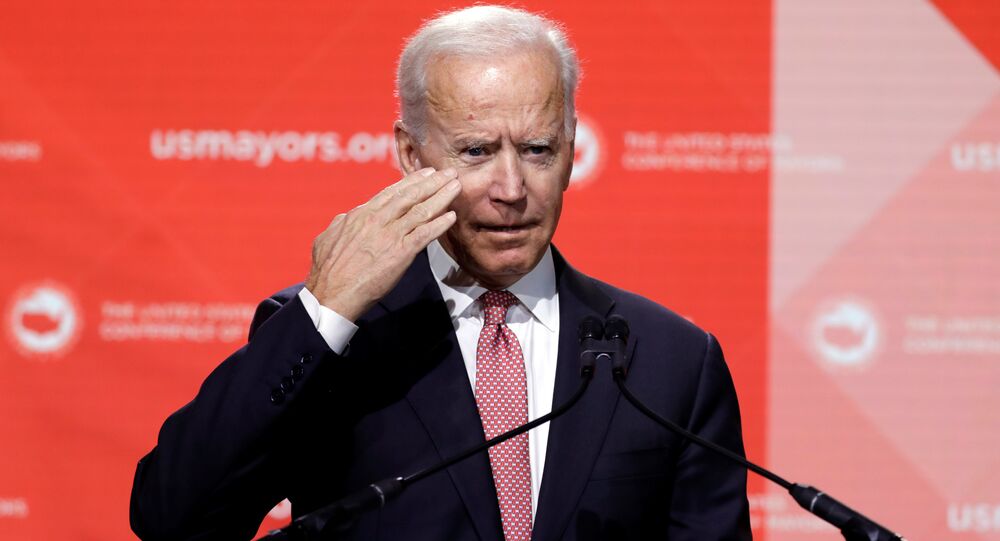 Biden, who is considering a 2020 run for the White House, has a record of pushing for measures to end busing, which were originally intended to end racial segregation in US public schools. Newly-discovered comments reveal that Biden was once an outright advocate of school segregation.

Joe Biden, who served as US Vice President for two terms under the nation's first black president, once endorsed school segregation in an early nod to identity politics.

"I think the concept of busing… that we are going to integrate people so that they all have the same access and they learn to grow up with one another and all the rest, is a rejection of the whole movement of black pride," then-Delaware Senator Biden said in an interview with National Public Radio in 1975, discovered by the Washington Examiner in the congressional archives.

Ultimately, he maintained, desegregation would lead to a "totally homogeneous society", something that would prevent black people from embracing their culture.

Biden, who was supporting an anti-busing amendment to a federal law, called desegregation "a rejection of the entire black-awareness concept, where black is beautiful, where black culture should be studied and the cultural awareness of the importance of their own identity, their own individuality".

He said he spent "close to 300 hours" weighing up his anti-busing proposal, during which he questioned his aides whether he was a racist deep inside. "I put in over 100 hours by far, I would say close to 300 hours on just torturing this thing, meeting with leaders, meeting with the people on my staff, calling my staff together, um, uh, and the blacks in my staff together, saying, 'Now, look, this is what I think. Do you think I am? I mean, is there something in me that deep-seated that I don't know?'"

His comments came after in 1974, US District Judge Arthur Garrity ruled that Boston's traditional neighbourhood schools fostered de facto racial segregation, which he qualified as unconstitutional. He ordered that African American students be bused to schools in predominantly white neighbourhoods and vice versa in a bid to desegregate schools — a decision that sparked protests among white residents.

Biden is said to have initially supported busing but later backed down, following a backlash from his white constituents. While many white families in 1970's America sidestepped busing by moving to suburban municipalities with independent school districts, a US District Court in Delaware mandated county-wide busing, and strict racial quotas were applied throughout the most populous county in the state.

It is unclear, however, what the reaction of voters will be as Joe Biden is now considering a presidential run in 2020. "I think I'm the most qualified person in the country to be president. The issues that we face as a country today are the issues that have been in my wheelhouse, that I've worked on my whole life," he said in December.

Plenty of commenters were quick to voice their outrage over Biden's comments, contending that he made a case in favour of maintaining racial segregation and is thus a racist.

Just a reminder that there is another Democrat racist out there, except @JoeBiden might be running for president. He supported segregation and opposed busing in 1975 https://t.co/r0otTccmPC

I cant wait until we get to ask 2020 candidate Joe Biden why, as a Senator, he teamed up with White supremacist senator Jesse Helms to lobby against racially integrated school busing.

While some believe that these new revelations may kill Biden's 2020 chances, others maintain that Biden's "black awareness" concept is totally in sync with today's progressive trend of celebrating identity.

"The Left love their identity politics, so don't be surprised if Biden's racial segregation support in the '70s doesn't actually hurt his chances at the White House," wrote columnist Quin Hillyer.