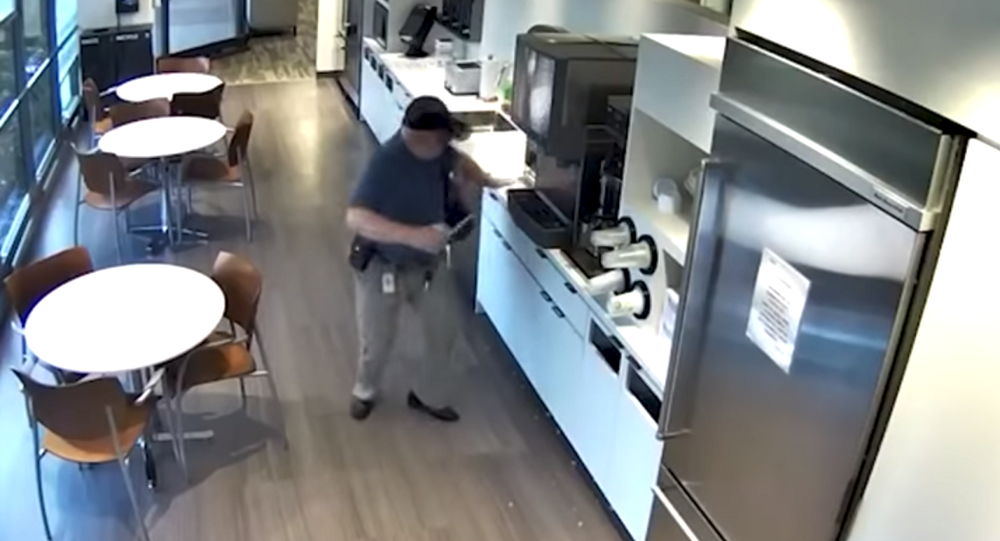 A New Jersey man who claims he slipped on ice and fell in a cafeteria was in court Thursday facing fraud charges. Prosecutors argue security camera footage shows him throwing ice on the floor and then lying down on top of it.

© Sputnik .
Would You Go for a Ride on Europe's Longest Slip'n'Slide?
Independent contractor and owner of All Gold Industries Alexander Goldinsky, 57, was working at a business in Woodbridge, New Jersey, last year when he allegedly slipped in the shop's cafeteria and fell. Officials say he lay where he landed until someone came along and found him. Goldinsky filed an insurance claim between September 1 and November 1 of 2018, seeking compensation for injuries sustained during the fall, including an ambulance trip and a hospital stay, WLNY reported.

However, police picked him up on January 15 and charged him with third-degree insurance fraud and third-degree theft by deception. Surveillance video from the cafeteria is purported to show Goldinsky brazenly throwing ice on the floor, surveilling his surroundings, and then lowering himself down on the ground with the help of the counter.

"Yes, I was brought to the police department," Goldinsky told WLNY for an article published Thursday. However, he denied throwing ice on the floor, as the surveillance video seems to show him doing, saying, "I didn't do it, it was a mistake," and refusing to speak further unless in the presence of his lawyer.

"Fraudulent claims cost everyone, and we will aggressively prosecute those who illegally manipulate the system," Middlesex County Prosecutor Andrew Carey said in a statement.

The statement describes the case as part of a "statewide insurance fraud crackdown through its County Prosecutor Insurance Fraud Reimbursement Program."

Released on a summons, Goldinsky is expected back in New Jersey Superior Court on February 7 in New Brunswick.